Fourteen Finnish Jazz Albums from 2021 You Should Know 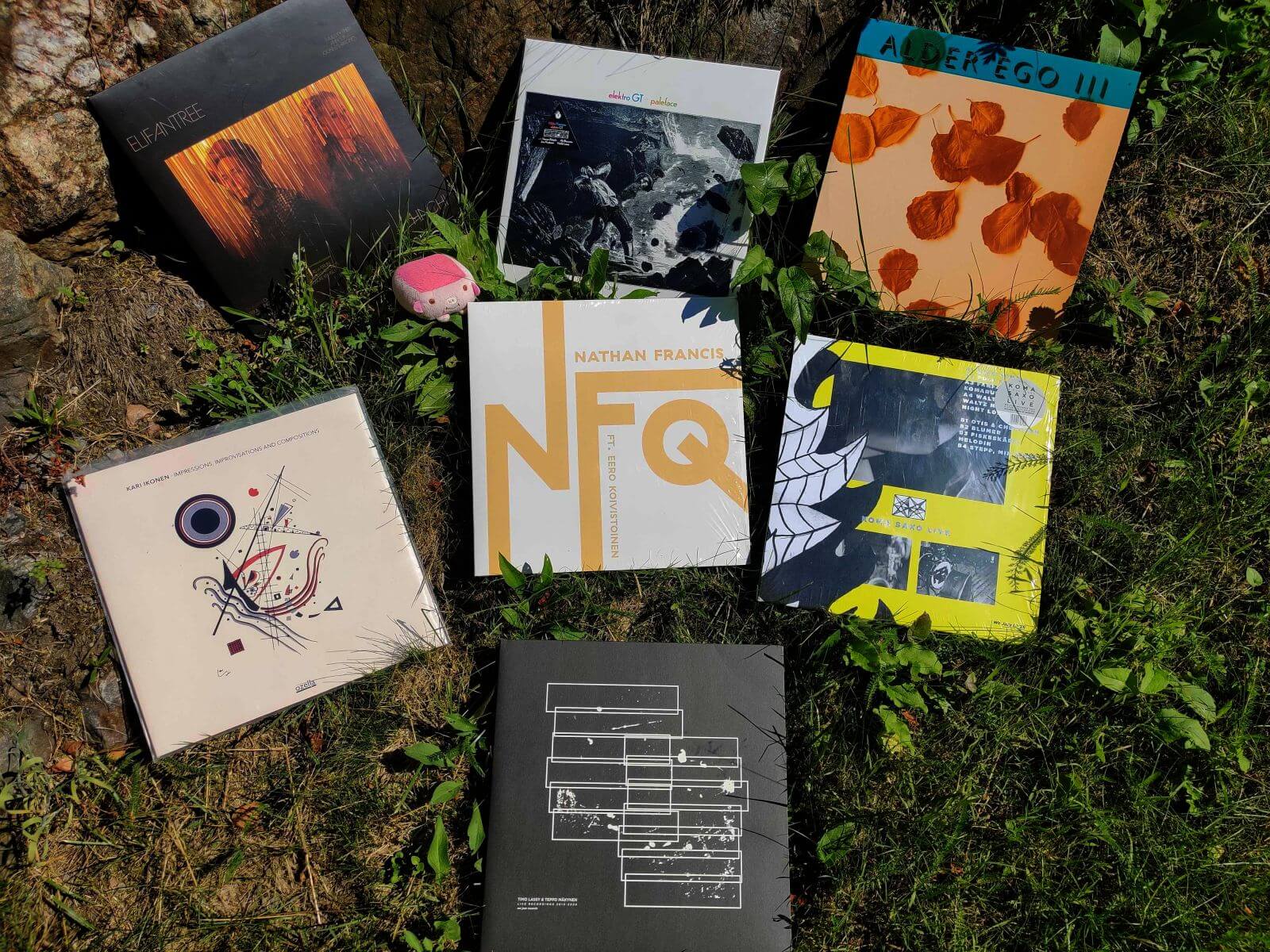 Welcome to the first English language post on this blog. I thought it might be fun to collect together some of the key releases of the first half of 2021 in a format that international audiences could read to spread the word on all the good music coming out of Finland these days.

For the purposes of this post, the definition of what qualifies as ”Finnish jazz” is extremely broad, I considered one Finnish musician or a musician residing in Finland to be enough and as for genre distinctions any artist you are likely to find playing at a jazz venue or a jazz festival over here qualifies. I did put the limit at a full length album, so a couple of great EPs have to sit this one out (but feel free to check out Kaisa Mäensivu and Teemu Kekkonen anyway!) Oh, and there was Oiro Pena’s Jani, but I didn’t include it as it sold out it’s initial print run so quickly I haven’t actually heard it, but if you see one for sale at a decent price, you should certainly pick it up – the hype is real.

Without further ado, here is this first half’s bakers dozen plus one of top shelf Finnish jazz – there is also a Spotify-playlist with some track selections.

Adele Sauros – I Paint You 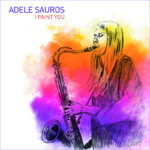 How many times can an artist have a breakthrough moment anyway? Feels like saxophonist and recent Sibelius Academy graduate Adele Sauros has those regularly from leading her own quartet to hosting her own club nights to appearing in high profile groups like Superposition the most recent Jazz-Emma award recipient for best Finnish jazz album of 2020, but with her second album under her own name, I Paint You, it feels she might be having another.

Sauros has led her own quartets – current line up is Toomas Keski-Säntti on piano Vesa Ojaniemi on bass and Tuomas Timonen on drums – for almost a decade now and you can hear it in the confident playing on this album of Nordic cool modern jazz album and Sauros’ new compositions seem like maturer works with multiple tracks featuring an extended horn section. 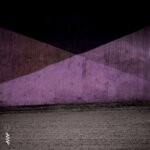 Singer Johanna Elina Sulkunen and bassist Tapani Toivanen have been working together for 14 years now and currently reside in Copenhagen. In this new group AIKA they are joined by drummer Olavi Louhivuori and Danish pianist Simon Toldam for a moody, ambient journey of contemporary vocal music. Tila offer 45 minutes of delicate soundscapes with hair-raising atmosphere – meditative, mysterious and strikingly dramatic at times the sparse musical background leaving ample space for Sulkunen’s strong voice to shine. 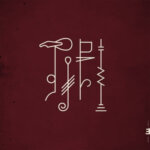 I believe there is a strong case to be made for pianist Aki Rissanen to be the most important Finnish jazz musician of the 2010’s on the recording front with particularly his string of trio albums with Antti Lötjönen and Teppo Mäkynen on the Edition Records label being prime examples of the best jazz Finland had to offer in the late 2010’s.

Given the sky-high expectation, his third solo album Divided Horizon does not disappoint. All of Rissanen’s core influences ranging from baroque to contemporary experimental electronic music with strong post-minimalist elements are nicely present. The album gets a big boost of flavor from the use of the unique Omniwerk keyboard instrument (and this time I mean literally unique as in only one copy has so far been built) that produces both lute/harpsichord -like plucked and string-like bowed sounds. Divided Horizon will sound unlike any pianists solo album you’ve heard before. 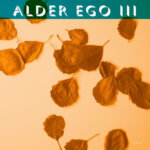 The third album from Alder Ego lead by drummer Joonas Leppänen (leppä being Finnish for alder) continues on an uncompromising path where ambivalence and openness to interpretation are the key elements of Leppänen’s compositions. On the landscape of jazz this sax/trumpet quartet is somewhere in the open plains charted by Ornette Coleman with his quartets featuring Don Cherry, but with a sound of their own.

The compositions leave a lot of space for trumpeter Tomi Nikku and saxophonist Jarno Tikka to explore and the two rise to the occasion showing why they are some of the most promising instrumentalists of their generation. 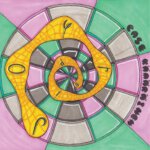 Sometimes a little randomness is good for you. The material for this second album by Case Kämäräinen lead by drummer Tomi Kämäräinen was written for an acoustic quartet, but when this international group met at Latosound Studio in Tampere for the recording session, they found that the studio only had an electric piano, but they went ahead anyway. Knowing the back-story, you start to hear it on the album – this is not material a band choosing to rock the Rhodes would typically write, but it all works out, maybe even for the better as it gives Joyride it’s memorable flavor. 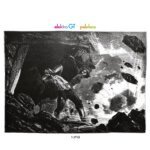 Drummer/composer/conductor Mikko Hassinen is these probably best known for his work with UMO Helsinki Jazz Orchestra, but he has also released multiple albums of quirky and even experimental fusion music.

On the new album Ruma from his all-star Elektro GT group featuring talents like Aki Rissanen and Verneri Pohjola, the band collaborates with MC Paleface whose rapping is heard on five of the seven tracks. 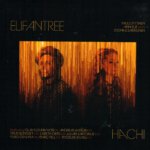 Anni Elif and Pauli Lyytinen of Elifantree set out on quite a journey with engineer Joonas Saikkonen to create Hachi. The material for the album was recorded in eight different countries  with eight different drummers (hence the name – hachi being eight in Japanese) in locations ranging from a Norwegian mausoleum to the Tokyo subway.

The backstory sounds like an invitation to compare the impact of the changing drummer featuring interesting talents like Norwegian Terje Isungset, the inventor of icemusic and wild Japanese snare drum artist Ryosuke Kiyasu, but Hachi surprises by being a coherent and well-flowing whole given the eclectic materal ranging from quirky synth pop to ambient soundscapes. 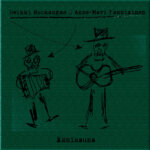 Guitarist Heikki Ruokangas has established himself as the guy in Finland for free and experimental guitar in a style similar to Noël Akchoté, Marc Ribot or Marc Ducret. Äänisauna is his second duo album with accordionist Anne-Mari Kanniainen who brings a folk edge to this album that is consistently challenging ear-food  for the adventurous without resorting to aggressiveness. 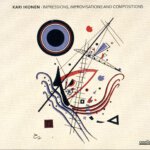 Pianist Kari Ikonen started out as an electronic keyboard specialist, but has in recent years become more prominent as a master of incorporating global influences into his acoustic piano playing.

This latest solo album features him also as an inventor and innovator – the album features his own invention Maqiano (also featured in the latest edition of Downbeat), a micro-tuning device that allows him to quickly retune an ordinary piano to microtonal scales allowing him to play, for example Arabic maqam scales – hence the name maqam+piano. The device doesn’t change the tuning and is fast enough to install allowing Ikonen to alter the tuning of his piano between songs in a live setting.

This is acoustic piano music like you haven’t heard before.

(this one actually had a limited release in Finland in late 2020, but since the international release by Ozella was in 2021 I say it qualifies for this article)

There are two sides to Koma Saxo 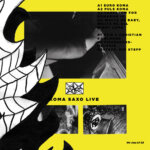 lead by Berlin-based bassist and producer Petter Eldh – the acoustic sound of the three saxophone quintet and Eldh’s post-production work that was amply featured in the groups self-titled debut and now audiences that haven’t had the chance to attend one of the groups few live performances get to hear the other side on this LIVE album.

The group was first assembled for We Jazz 2018 with the first album consisting of material recorded live at the festival or in studio the next day and this new album documents their triumphant return to We Jazz 2019 and Helsinki’s G Livelab. Aside from a little outro at the very end, all the material was recorded live with no overdubs (although the longer set was cut down to about 39 minutes for the album). 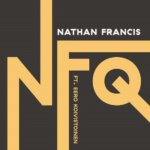 Bassist Nathan Francis has already become to be a familiar face to those who follow the Helsinki live jazz scene during his studies at Sibelius Academy. His leader debut shows an excellent knack for choosing his sidemen – for many having local legend Eero Koivistoinen on sax is certainly the main reason for checking out this album and listeners looking to hear Koivistoinen won’t be disappointed as the album has a similar modern-but-swinging feeling to Koivistoinen’s own recent quartet albums.

The vinyl edition by Swedish label ajabu! is also one of the best sounding new jazz vinyl records I’ve bought this year if that happens to be your thing. 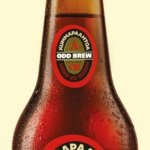 Fusion outfit Odd Brew was formed in 2015 in the relatively small city of Jyväskylä with a lively jazz scene. They aren’t shy about being inspired by everything groovy and their debut album Kummapaahtoa presents a cheerful mix of electric fusion, modern jazz, funk, chart pop and even some afrobeat flavors. You can tell this have fun playing their music. 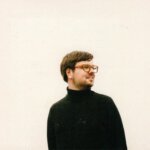 Vibraphonist Panu Savolainen always appears to have something new cooking. In addition to his vibes playing he’s made name for himself as a podcast and club night host and on the music front he frequently collaborates with different artists from the local scene. 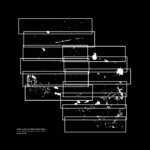 It would be impossible to talk about Finnish jazz in the 21st century without talking quite a bit about saxophonist Timo Lassy and drummer Teppo Mäkynen who have worked together since the early 2000’s starting with Mäkynen’s Teddy Rok Seven and the era defining Five Corners Quintet and over 10 years now in Timo Lassy Band, one of if not the most popular Finnish jazz groups with audiences in the last 15 years.

Their studio duo album presented a spectrum of styles from raw acoustic to more electronic influenced. In live performances the material has grown organically to become a platform for spontaneous creation and a more unified whole instead of a range of different moods. The new live double-LP recorded at multiple gigs captures this evolution and this live album improves on the studio one and already feels like the definitive album documenting this duo.

Here is a playlist with a couple of tracks from each featured album: 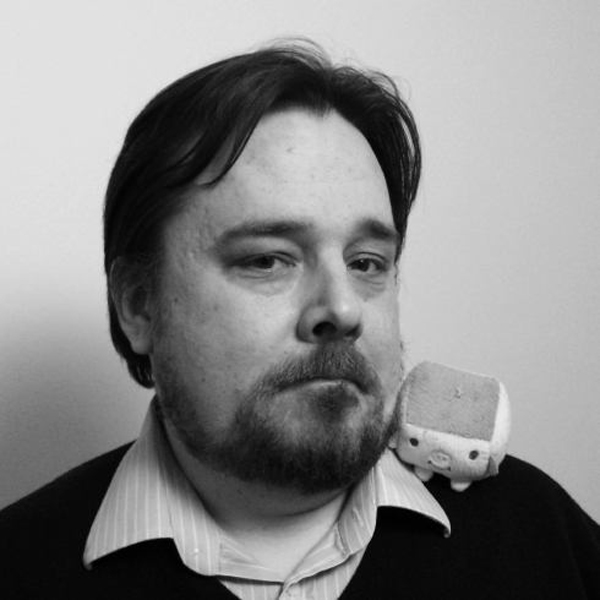