The songwriter from Assyria, Sweden 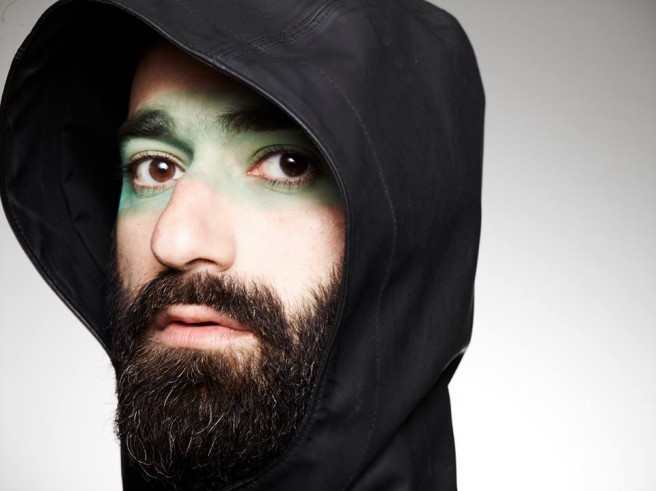 In 2010, Sweden’s Ninos Dankha or the artist better known as Prince of Assyria released a touching collection of songs that formed his debut album, Missing Note. Those songs captured a singer-songwriter of an incredible intensity, travelling through passages of sadness and joy, musically set somewhere between the darkness of Nick Cave and the troubled mind of Nick Drake. As an Iraqi immigrant in Sweden (his family move to Linköping when he was one), his songs add a slight touch of Eastern influence that set his music apart from your usual Nordic singer-songwriter.

This spring Dankha released his long overdue sophomore album in which “each song starts with a particular state of mind – a specific emotion or experience that make us human”, according to his own words. Changing Places, released via Soliti, is another poetic treat.

The figure of Prince of Assyria carries an halo of mystery but his stage presence is open, emotional and even vulnerable, putting a heartbreaking show. To find out more about whose this mysterious songwriter, I sent him a few questions during his record release tour around Finland. Here’s what he had to to say.

For those who are not so familiar with your background, what can you tell about your life story?
My life story is a bit hard to explain like this. It’s been filled with happy and sad moments, I would even go as far as saying that I’ve been experience extreme feelings of lost. I guess a lot of people that listen to my music think that the songs are about being lost in a world where I don’t fit in, but it’s more about certain situations in my life. As we both understand, it’s hard to tell you the story about my life in a few sentences.

How was growing up in Sweden within the Assyrian community?
It’s been great and horrible, good and bad, lovely and filled with questions. In the end, I must say that I’m happy I experienced a diversity in life. It gave me more perspective in life.
There’s been a long gap between your debut and this new album. What did it happen?
A lot of personal issues and questions that comes with releasing an album. ”Changing places”, been kind of ready from the day I released  Missing note, but I felt that the setup I was in didn’t fit my personality. Now it´s a total different story, I found Nick Triani and now I just want to record my third.

Your music strengths heavily rely on the lyrics, how do you approach the writing process?
If I know that I get touched by it myself, I know that I can let others listen to it. I normally start with a subject and then try to find a way to tell it. Melodies and harmonies, often come as a color palette, later in the process.

How did you come up with the idea of covering Tim Buckley’s Song to the Siren as the album closer?
I was alone in a room, started playing it.. and just felt that I could do it.

Why did you choose music as a form of musical expression?
I think it’s one of the most direct art forms. I used to be a dancer, but after a car accident, I had to find a new approach.

What can you tell about combining Western and Eastern sounds? Which one of these music did you influence you most while growing up?
Lucky me.. I don’t feel any competition within me in this matter. But I´ve been listening to western music, much more than eastern. Just want to add that I hear more resemblance than difference in the genres. Then it’s just the local element that makes the song eastern or western.

What can we expect of Prince of Assyria for the rest of the year?
A humble start on my next album.