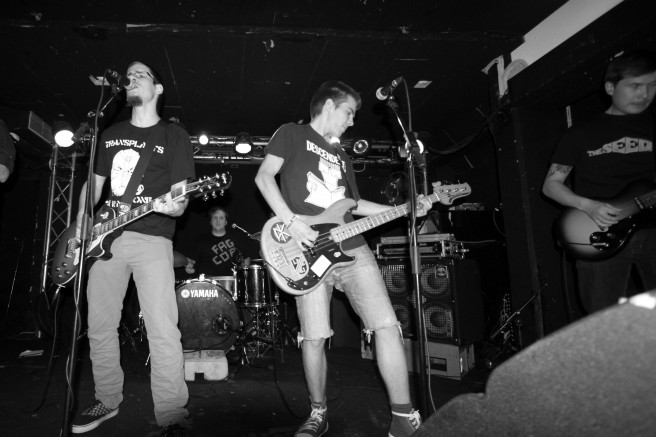 Isn’t this an awesome band name? The Shangri Blahs, also known as The Men Who Fell Prey To The Socio-Economic Bipolarisation Of The Polar Circle, play classic three-chord ’77 punk with a strong sense of melody to make very catchy pogo songs, not far from the Rancid neighbourhood. This is the simple recipe of the band’s  new EP called Rankka päivä after the Finnish title of the Michael Douglas film Falling Down. It’s the group’s first release in Finnish and it could easily follow the steps of Pää Kii success.

The Shangri Blahs will play live in Helsinki this Thursday at Henry’s Pub.

Check out the lead single below. It rocks.