The psychedelic sounds of the Black Lizard 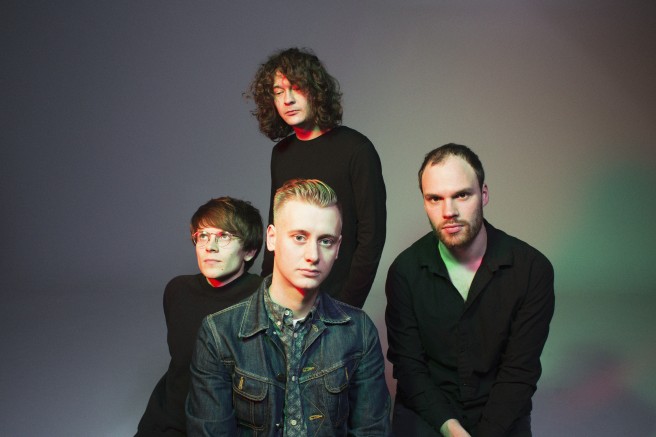 It is not popular music any more. Not very popular, at least. Yes, there are few hipsters getting their hands dirty in crates full of old vinyls, searching for weird, colorful records with strange drawings on the covers, from bands with impossible names. Maybe some fanatics might put together small festivals, but being under 30 years old and playing in a psychedelic, garage rock band nowadays can be tough. Is there anybody out there, one could wonder,, while feeling out of time and space. The only chance to survive is to follow the muse and play what feels right. Fortunately, this is exactly what Helsinki band is doing. And they rock. They are called Black Lizard.

I liked Black Lizard the very first time I listened to one of their songs. I have a soft spot for fuzzy, hypnotic, slightly retro sounds, so I was sold quickly. I got mesmerised by their fuzzy, hypnotic sound. Their debut album came out in 2013 and it wasn’t exactly cozy like summer breeze. It was intense, eerie, primitive and raw, almost abrasive. It was a weekend with no sleep, high on psychedelics under a dark red light. Head-spinning, leather jacket and sunglasses in the basement, just like listening to The Velvet Underground on a bad day.

Aware of the gloomy evil Sunday that was their debut, Black Lizard decided to invert their sound by overexposing their music to light, and so their sophomore album came to be called Solarize. It’s not like the band did a shiny happy people album, but the music in this second album is much brighter and positive, a little bit more pop, if you allow me this expression. It relates to the good-feeling psychedelia of the sixties. Think about The Rolling Stones in colourful wizard outfits playing the flute. It’s that kind of psychedelia, a good trip, but with more guitars and distortion, and it becomes most apparent with the Solarize’s opening track Everything and Nothing.

Just a few days before the album was out, I catch up with Paltsa-Kai Salama (guitar, vocals), Joni Seppänen (guitar, keyboards) and Lauri Lyytinen (bass) to talk about Solarize. Drummer Onni Nieminen, who also designed the album artwork, is down with the flu tells me Joni. We meet in a very traditional Finnish pub, there’s no craft beer there, but there’s no karaoke either. A local place for local people. While we drink a couple of pints, Paltsa asks  me a couple of times if I think the new album is different. I tell him that yes, it is much more original, and he appears somehow content and relieved. I understand this is the recognition he expects to achieve with this sophomore album, to sound different, to sound original.

I first ask them how much effort they put planning the new LP, how difficult was to face the expectations after the well-received debut. “We usually do not plan a lot”, Joni replies. “This album reflects where we are, it’s maybe a bit different sound and different feeling”.

Solarize was entirely recorded in Helsinki in three days at the studio for basic tracks followed by some additional overdubs and vocals at the band’s rehearsal place. All the pieces fell into place right from the beginning, and even the early demos presented the album’s final running order, which by the way, is flawless with each song smoothly advancing into the next one. “It felt right that way”, says Palsta. “We didn’t think about anybody’s expectations or the first album. We did what we wanted”.

Paltsa and Joni have been friends forever, since they were kids. It is easy to imagine them discovering music together, listening to old records, drinking cheap beer, having a smoke. Two teenagers discovering Cream’s Disraeli Gears and Jimi Hendrix’s Electric Ladyland. Together, they’ve got the charm of classic rock pairs, their own version of Jagger/Richards. “We have loved sixties music for a long, long time. Joni has a huge record collection, very obscure stuff. We’ve spent years listening to that. I was nine when I first got to hear Sgt Pepper’s and since then it’s been my favourite record”, says Paltsa. “Probably it comes from our moms”, adds Joni. “For me it was mind-blowing to hear The Rolling Stones, The Beatles. It all came from there”.

Both are music fanatics and they pour all these influences into Black Lizard, and many others that came later and were more obvious in their debut such as The Jesus & Mary Chain, Primal Scream and My Bloody Valentine. To complete the band, they found the perfect rhythm section in Onni and Lauri with who they share a similar music sensibility and obsession. Paltsa has no doubts of their great contribution to the songs in Solarize, “We have played longer together now and they felt more confident. They came with great ideas and helped with the arrangements”. Just listen to the bass line in Everything And Nothing or the fantastic machine-gun drums in All Her Time.

Black Lizard recorded part of their first album in Berlin, invited by Anton Newcombe, the mastermind behind psychedelic band The Brian Jonestown Massacre. They met the american singer and multi-instrumentalist when his band played in Helsinki in 2012. Black Lizard were opened the show and Newcombe, who liked their act, invited Black Lizard to his studio in Berlin. There, the Finns felt like kids in a candy store. “He has so many different instruments, many guitars, synths, mellotron and we were like can we try?”, tells Joni. During the recording in Berlin, which lasted three or four days, Anton Newcombe became a mentor for Black Lizard and their debut album. Recording abroad also gave the band some discipline. “Until then, we had only recorded a couple of EPs, so we didn’t know what it takes to record a whole album, to come up with nine good songs at the same time”, admits Paltsa, “and we probably don’t know yet what we’re doing but we have more control”. This one of the learnings in Berlin. “Being abroad had an influence. It was a bit strange. We couldn’t go back home, so we were focused on recording, from one morning until the next one”.

That album ended on a bitter note, with a song called Fucking Up. “I tend to write lyrics when I feel bad”, explains Paltsa. Solarize, however, is the other side and the last song is a ray of light. “This time I felt I didn’t want to leave that bad vibe at the end”. The last track, Shine High, ends with a gleaming guitar jam, adorned by sitar, bringing hope. Life is not that bad after all.

In summer, Black Lizard will play festivals, including Flow Festival, but your next chance to see the band live will be at the Sideways festival in Helsinki (12-13 June) where they get to share the bill with one of their favourite bands, The Jesus & Mary Chain. Black Lizard feel comfortable play live, it’s a natural setting for them, their own songs even better, more inmediate, and they might throw a curve ball in the form of a Buddy Holly or a Motörhead cover. “It’s nice to cover something different, not the obvious choice”, says Joni, while Paltsa jokes that “the most boring thing we could do is to cover Just Like Honey. Maybe next time we’ll do a Metallica song, something from Kill ‘Em All”.

Black Lizard have already played a good bunch of gigs abroad in Europe, including a stop at the legendary Roundhouse in London. “That was so special”, remembers Joni, grinning. “Everybody’s been here. Jimi Hendrix, The Doors, Pink Floyd with Syd Barret. That gig was big for us. I never dreamt to play there”.

After two albums and a couple of EPs, all release via Soliti, Black Lizard are ready to reach new heights. “We don’t want to be stuck here. We want to go outside. We’ve done it and we want to do it again.”