The 11 Best Music Books in My Library 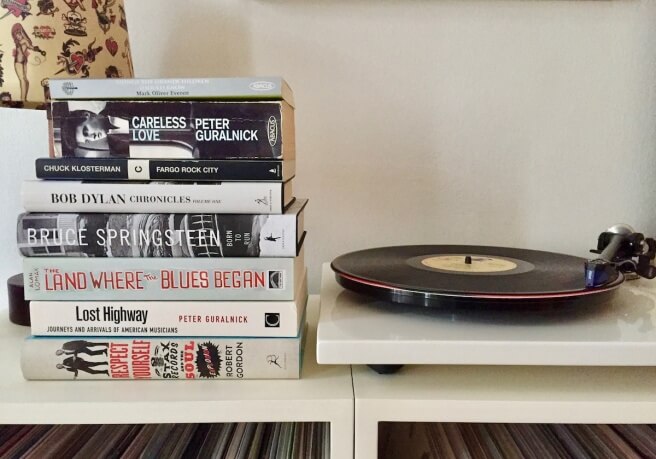 After receiving an advance of more than $10 million, Bruce Springsteen wrote his autobiography, and its publication became one of the biggest music events this autumn. In Finland, mega star Cheek just published an official biography. At 34. And, another rapper, Paperi T put out a poetry book a few weeks ago. There are more music books than ever, providing musicians with another source of income.

I can see why. I look at my bookshelf and realise I’ve gathered a good collection of music books over the years. As I start reading Springsteen’s book, this is a good time to rate the music books in my library.

But right here, right now, there are the 11 greatest music books in my library.

11. Searching for the Sound – Phil Lesh

A first-hand account of The Grateful Dead saga as narrated by bass player Phil Lesh. Honestly written, the book does not avoid darker years whilst offering enough depth on the music and how the band searched for the sound.

This books represents whole generation, a generation of socially awkward teenagers who grew up in the eighties and spent too much time watching late night MTV and listening to hair metal bands. With a witty voice and semi-autobiographical digressions and tangents, Chuck Klosterman describes, discusses and analyses Poison, Van Halen, Guns N’ Roses, and a bunch of long-haired geniuses.

Not your usual rock memoirs. Singer, songwriter, leader of The Eels, Mark Oliver Everett (aka E.) didn’t live the sixties, or the seventies for that matter, and was barely 45 when he wrote this book. But E. has some stories to tell beyond rock. It begins with the death of his parents at an early age and an unsteady upbringing. Wise, tremendously touching, the book reads like a roller-coaster ride. Whether you like or care about The Eels, this is essential reading.

8. Trouble Boys: The True Story of The Replacements – Bob Mehr

There are two definitive books about the two most dysfunctional, fucked up bands ever. One is Mötley Crüe’s The Dirt and the other is Trouble Boys. The Dirt is a fantastic read, with plenty of WTF moments. But I like The Replacements better so I decided to include Trouble Boys in this list. The book is a thorough, very detailed account of the band’s story. Maybe the style is a bit too serious at times, at least compared to The Dirt.

Neil Young published his autobiography Waging Heavy Peace and just months later, he decided he still had things to say, stories inspired by his car collection. This way we got a biography (of sorts) in two volumes. Neither of the books provide much insight into Young’s career, but both are surprisingly fun to read. He adopts a very conversational tone and informally talks about his life and obsessions: model trains, cars (lots of them), dogs, music player Pono, mp3s, constructing an electric car, and yes, some music, too. This is the closest you will get to sit down with the man, share a joint and hear some stories.

Stax Records put out the most thrilling soul music in the sixties and early seventies, from Sam & Dave and Otis Redding to Isaac Hayes and The Staple Singers. In merely a decade and a half, the label saw success and failures, created stars, reinvented itself a couple of times and ultimately, faced bankruptcy, all while Memphis underwent the a race battle. In this book, the author chronicles the label and the city creating a captivating narrative which could serve well as the basis of a Martin Scorsese movie. 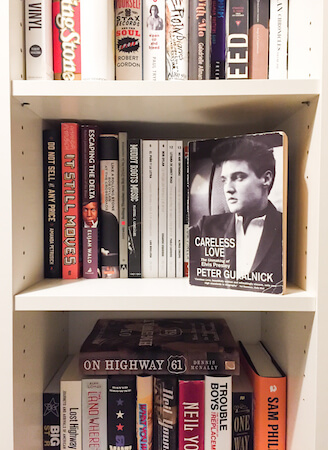 The biggest rock star ever deserves a greatest biography ever. In over 1300 pages, Peter Guralnick guides us through every aspect of Elvis’ life: family, girls, recording sessions, movies. Detailed, unbiased, revealing.

This book changed the way of writing about rock. With it, rock took the classroom. It’s the author’s vision on American culture through a series of pieces on Robert Johnson, Randy Newman, Sly & The Family Stone. Terribly academic, the book’s become the bible of rock criticism. The kind of book you take with you when you want to impress your date. Like in a Woody Allen movie.

Peter Guralnick is one of the best-known scholars of rock and Lost Highway is one of his most important works. In it, he depicts the lives and works of the artist who shaped traditional American music as we know it today. It includes stories on Merle Haggard, Howlin’ Wolf, Charlie Rich, Ernest Tubb and less known artist like Jimmy Martin. Guralnick’s writing is beautiful, vivid and artists are intimately observed.

Atypical, evasive, yet revealing. Just like Bob Dylan. Not linear, the first volume of Dylan’s memoirs concentrate just on three peculiar moments, and ignores the better known moments in the singer’s life. Still waiting for volume 2.

No other writer has captured the language of rock’n’roll like Lester Bangs did during his short career. Acid, hard-edge, razor-sharp, insolent… Bangs’ writing walks a thin line between drunkenness and hangover. In this collection of articles published on Creem, Village Voice and others until his death in 1982, Bangs uses his oneiric, meth-fueled prose to write about his continuous dialectic fights with Lou Reed, argument his love for Reed’s Metal Machine Music and punk, or describe the night he took his typewriter to the stage to write during an encore of the J. Geils Band.

Avainsanat: Books, kirjat
Edellinen juttu:
Clunks – Have a Heart
Seuraava juttu:
Is This Really Me – The Iron Door