Rosvot turns one: What am I doing here? 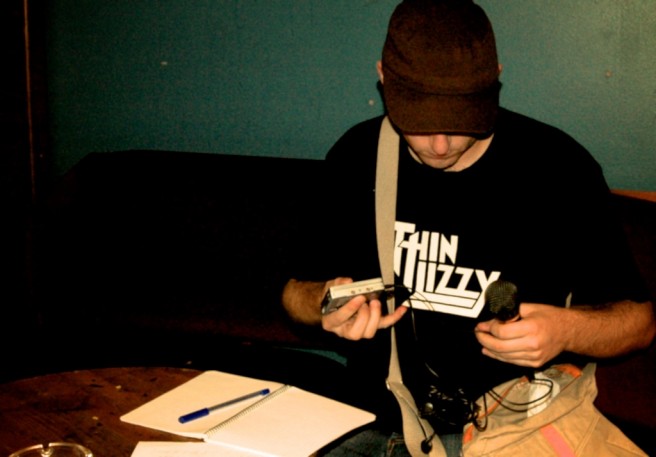 Hooray! The Rosvot gang turns one year and we are celebrating the first anniversary with a series of posts in which these bandits turned writers face nostalgia and recount their beginnings as music bloggers. Myself, being one of the oldest members of the gang, I will not dare to try remembering my first attempts at music blogging because there were too many, too embarrassing. I will just say that Glue started in 2009 with a bunch of interviews to a diversity of artists and those adventurous readers can dig in the archive over glue.fi.

For over five years now, I have been that weird foreigner keeping an eye on the music made in Finland, primarily by upcoming new bands. I could say that I had the dream of being on the tour bus singing Tiny Dancer with the band, but the only reason for blogging about Finnish artists is the music. There is a lot of talent and good music done in this little cold country and I’m glad to spread the word. Go and listen to it, go and see the shows.

But since we are in a nostalgic mood, let me remember the first time I heard a Finnish band, consciously knowing that they were from Finland. This is not a very original fact, but that band was, of course, Hanoi Rocks, whose video appeared on music tv one summer night in the late nineties. During the first years of university, I spent  summer breaks  staying up late at a friend’s house, drinking cheap beer, watching music videos and arguing whether Rory Gallagher was a better guitar player than Jimi Hendrix. What else a bunch of 19 years old guys would do with too much time in their hands and little money in their pockets? I can’t remember how many times we watch The Song Remains The Same (movie scenes included) or the bootleg video of Guns N’ Rose Live at the Ritz -arguably the coolest rock show ever filmed, but at the end of the summer, the videotapes were worn out. YouTube would not come until a few years later and those tapes were our most valuable musical treasure.

We had the tapes and we had MTV and VH1, which at that time they still showed music and had killer rock programmes late at night. We had to watch Bon Jovi’s Always too many times, but usually every night there would be some other cool videos from other glam rock bands. One of those nights, there it was: Don’t You Ever Leave Me by Hanoi Rocks. It was glorious. The clip was hair metal at its best, from the shot of Razzle pointing out his drumstick at the camera to the beautiful androgynous blonde singer. One guitar player looked rockabilly while the other seemed to have fallen into the gutter. The song was classic, a power ballad with the punch of a punk song and made clear were Guns N’ Roses had found a good deal of inspiration. Once seen, the video and the song could not be forgotten.

After watching that video, I located Finland in the music map, and soon after that I got to know The Flaming Sideburns, another Finnish band that released one of the three greatest albums of the high-energy, garage rock, Scandinavian rock wave at the end of the 1990s. The Flaming Sideburns had tight connections with Madrid and Spain though the label and promoters, so it felt natural to get interested in the music Finnish scene.

At that point, I could not imagine that I would move to Finland, but more than a decade later here I am. During these years, I even got the chance to meet both Michael Monroe and Eduardo Martinez and write stories about them. But it might be better to leave these stories for the second anniversary.