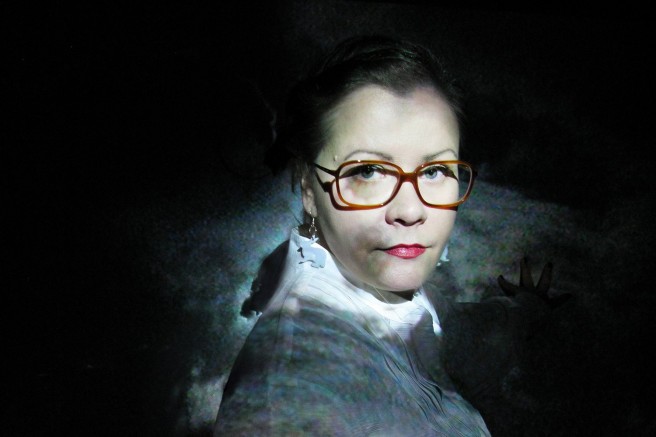 Pirita Tiusanen spent a few good years playing experimental prog-rock as part of the band Ritual Smoker, where she played synths, percussion and sax. Oh, she sang too. In 2013 the group released the astonishing Not To Dominate But To Serve to rave review, but not to much commercial impact. Perhaps, it was too weird music. Whatever the case may be, last year Pirita focused on a new solo project using the moniker Puistomäki in honour of the neighbourhood in Turku where she group.

Earlier in the year, Puistomäki released a debut album, which Pirita appropriately called Itseensä hukkunut (this means something like ‘drowned in herself’). The music is much more different than her previous band and the album is a collection of introspective pop tunes, sung straight from the heart, much in the tradition of Finnish pop.

Itseensä hukkunut is available at your favourite digital outlet and you can also listen to it in its entirety below.