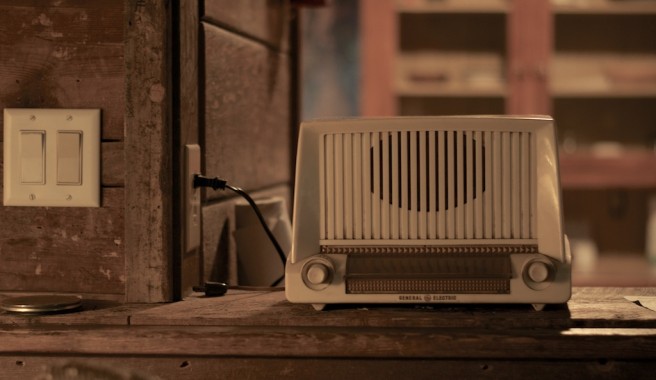 No matter how you look at it: Mondays suck. The beginning of the week triggers feelings of anxiety, sadness, stress. You are back at work, seeing the same old tired faces. You may remember (or not) what you did (or didn’t do) during the weekend. The memories (and remorses) of the weekend are still fresh.

Here is a series of songs to help you live through Mondays. You can listen to the whole playlist on Spotify or stream at the bottom of the post. Do you have any other Monday favourites?

But what’s Monday blues anyway? The great bluesman Mississippi John Hurt already sang about it decades ago, after laying in jail six long weeks, after getting a pick and a shovel, when the heart struck sorrow and tears come rolling down. As the man himself says in the introduction to this recording, Monday morning blues is just something the working class wakes up with.

Ok, this Monday you may not be digging in a mine working nor picking up cotton under the summer heat, but you can always count on the blues to help you through a bad day. Texas’ T-Bone Walker wrote the perfect monday blues song in 1947 and soon became a standard. Every blues player has done a version of it. The Allman Brothers Band recorded one of the best versions of this tune in 1971 for their famous At Fillmore East album.

A very good reason to become a musician is to avoid a nine-to-five job. One can wake up on Monday and write a love song, exactly like Calexico’s Joey Burns tries to do on this song from the excellent 2012 album Algiers. The song also proves that Calexico can create perfect pop when they don’t mingle too much with latin/mariachi sounds.

Before meeting Jim O’Rourke and listening to Television, Wilco wrote a good bunch of rockers and Monday is one of the best. It is included in that often overlooked masterpiece album called Being There. Watch below the live version from the Ashes of American Flags documentary where Jeff Tweedy sports a beautiful Nudie suit.

The Easybeats – Friday On My Mind

Monday is no good, then think about the coming weekend. Australian band The Easybets recorded this working class party anthem in 1966, written by band members Harry Vanda and George Young (yep, Malcolm’s and Angus’ older brother). “Monday morning feels so bad, everybody seems to nag me”, says the song, but here Tuesday isn’t just as bad. With less beat but more make up, David Bowie recorded his own version for the Pin Ups cover album and earlier this year Bruce Springsteen brought the song to the spotlight again during his Australian tour.

Cheap Trick – I Want You To Want Me

Every time I have a bad day, I just need to listen to some power pop to get in a better mood. Arguably, Cheap Trick is the greatest power pop band ever, or at least they wrote the book with their fantastic four first albums and the explosive live album At Budokan. Even though the studio version sounds a little bit soft, I Want You To Want Me is one of my favourite Cheap Trick songs. But better watch a live version below. Chris Isaak does it right too.

The Raspberries – Go All The Way

Talking about power pop, before there was Cheap Trick, there were The Raspberries, creating perfect pop songs with sweet guitars and melodies. Here’s a song that makes the worst of days look much brighter. From their 1972 debut album.

The Kinks – Everybody’s Gonna Be Happy

Do you still feel bad? Think positive because everybody’s gonna be happy. By 1965, Ray Davies could write hits as any other songwriter out there. Well, this song wasn’t one of them as it failed to reach the top ten, but any Kinks song from that era is a good song. This one was included in the US version of Kinda Kinks. A band from a very different time and place, Queens of the Stone Age, recorded a version of it during the Songs For The Deaf times.

Before Rumours made them timeless superstars, Fleetwood Mac hit the number one with their 1975 self-titled album, the first one with Stevie Nicks and Lindsey Buckingham. The profits of this album must have helped funding the tons of drugs that would fuel the recording of Rumours. It opened with this wonderful piece of pop about indecisive love: “Monday morning, you look so fine, Friday I got traveling on my mind, first you love me, then you fade away”.

Lead Belly – On A Monday

Kurt Cobain loved Lead Belly and you should too because he is one of the greatest folk and blues performers ever. On A Monday is his take on the Monday blues and the singer not only gets arrested but his baby pawns his clothes too. Johnny Cash reworked the song and recorded it as I Got Stripes.

Despite how much Mondays can suck, these days do not last forever and things get better. Always. Soul singer Eddie Floyd knew it when in 1966 he recorded this song at Stax in Memphis, right before hitting jackpot with the classic Knock On Wood.