Ochre Room – Other Side of the Town 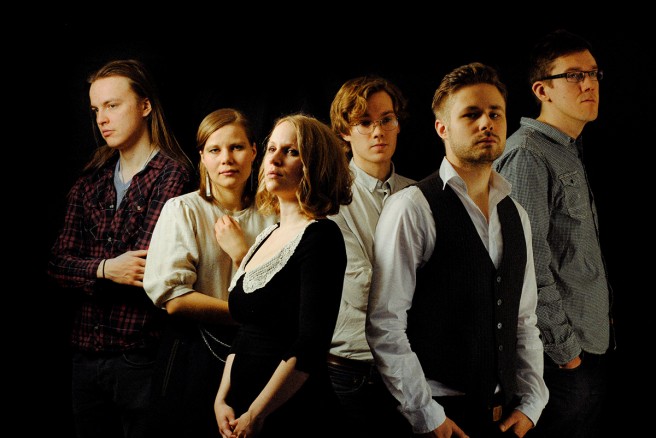 There is a good bunch of folkie, alt-country, americana-inspired bands in Finland at the moment and they all bring a little Finnish twist to the genre, creating some sort of finn-americana. Let’s see, we’ve got Skip Zone, Koria Kitten Riot, Them Bird Things, Statues Made of Matchsticks, Greymouth… just to name a few. There’s also six piece band Ochre Room that in 2012 released a wonderful debut album where usual folk rock sounds were treated with extreme elegance and sensibility.

This spring Ochre Room are back with a new song, Other Side of the Town, from a new album, Box, Bar & Diamond, which hits stores on 4 April, and a new video that you can watch below. It’s a sweet, heartbreaking song with gentle slide guitar, an emotive trumpet solo and perfect male-female harmonies that give a very Nordic melancholy to the songs.

The video was directed by Finnish filmmaker Sami Pöyry, who also took the promo shot. For all the analogue junkies, Box, Bar & Diamond will see a vinyl edition too.