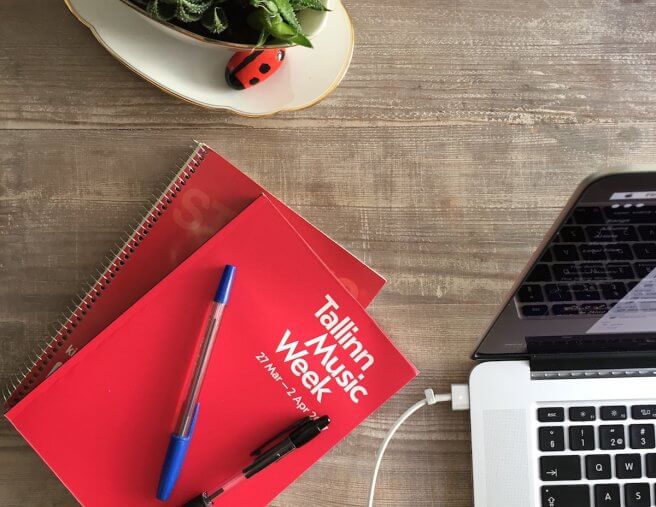 Who killed genre? The question kept repeating in my head throughout the whole weekend as I walked the streets of Tallinn, from venue to venue, exploring sounds, discovering new acts.

This was the theme of the panel that kicked off for me this year’s Tallinn Music Week (TWM), possibly the best music showcase festival in Europe. Three brilliant music minds led the panel discussion: music writer Simon Reynolds, DJ and Senior Director of Programming at KEXP Kevin Cole and music journalist Kieron Tyler. All of them agreed we live in some sort of an undefined post-genre era. Boundaries are vanishing and slowly disappearing. The festival’s program is a good example of this. It lists 34 different genres and most of the bands refused to be classified in one genre. Artist rather choose different tags to describe their music, even making impossible combinations such as avant-garde and easy listening. The weirder the mix, the cooler the band. That’s the trend.

Still, the music program at Tallinn Music Week is very much anchored in traditional genres. Whether you’re a metalhead, wish to explore unheard folk from different countries or simple you want to dance the night away to funk or hardcore techno, there’s a showcase that’ll fit your taste. The diversity of the festival is sublime, making it tremendously inclusive and welcoming.

Not really. Or better said, we really don’t care. In the pre-Internet, pre-streaming days, music fanatics had a deeper connection with the music they listened. Fans were rockers, punks or metalheads. Crossover was unlikely. After all, music discovery required time, effort and money, so why to spend limited resources chasing a genre one might not like. Along with the music genre came fashion and a way of life. Go to a metal show in the eighties as a punk and you’re likely to take a beating. Gangs did not mix well and music was a key component of a lifestyle.

Nowadays our music listening habits are much different. Music is a commodity. Thanks to streaming services we can easily jump from one music genre to the next one before a song is over. From Mastodon to Kendrick Lamar, from 1930s Appalachian music to Nigerian funk.

This is why music genres do not matter at a festival like TMW. Genres are just hints, signposts that allow us navigate through the festival. Start your evening listening Hungarian folk and end up in a techno party after a few gut-punching shows. This diversity, this inclusiveness is what TMW does best. And it does with an impeccable production that takes over the city across singular venues.

Three things I learned in Tallinn

Donald Trump is a glam icon

Simon Reynolds is the author of outstanding music books such as Retromania and Shock and Awe: Glam Rock and its Legacy. Reynolds is a much better writer than speaker, but at the music conference in Tallinn, he delivered an hour-long lecture on glam rock and fame. David Bowie, Marc Bolan and Alice Cooper were probably the biggest stars of glam rock. You may want to add Lady Gaga to that group. But think of someone else. What if Donald Trump is the ultimate glam rock star, said Reynolds. His obsession for stardom, fame, his multi-persona. Apply some makeup and, scarily enough, this thought might be true.

Rock belongs to the basement. Rock bands and loud guitars are no longer the main performers at any festival. At TMW rock music lives in Woodstock Rock Stars bar, in the outskirt of Tallinn’s old town. There, bands come to play in its low-ceiling basement, while locals drink cheap beer and whisky shots, surrounded by posters of Led Zeppelin and The Rolling Stones. In every edition of the festival, I’ve experienced fantastic shows in this soggy watering hole, like Black Lizard in 2013. This year was no difference. On Friday night, I head to Woodstock to see a couple of rock bands from Canada: Like A Motorcycle and The Stanfields. Both offered a fantastic rock’n’roll experience. The Stanfields blend hard rock with elements of Atlantic Canadian folk. And yes, that combination got the dozens of rockers in front of the stage jumping and pogoing. Like A Motorcycle displayed even higher energy with their ear-piercing punk rock, revisiting the riot grrrl sound of bands like Sleater-Kinney.

Ok, I’m cheating here. I did not get to see Mikko Joensuu in Tallinn, but I heard many delegates raved about his performance. “Transcendent”, Kevin Cole called his music. The fact that his music is not getting more exposure outside Finland is bewildering.

The first time I saw The Holy I was blown away by their massive, overwhelming sound. In Tallinn, the band played a late night gig at the beautiful Kino Sõprus theater and once again they delivered a fabulous show, creating awe-inspiring soundscapes. The band’s live sound is loud and overwhelming, yet clear and melodic, taking the songs from their debut EP to anthemic heights. Beautiful music.

I must admit this Estonian guitarist was completely unknown to me, but after this year’s festival, I will keep a close look at his work. Erki Pärnoja and his band played four packed gigs during the festival, presenting his newest album Efterflow and becoming one of the stars of the festival. On Thursday night, I got to see Pärnoja’s gig at club Sinilind. Ok, seeing is an overstatement because when I arrived to the venue, the place was completely packed and I could only find a spot behind the stage. From there, I absolutely enjoyed the band’s ethereal and dreamy pop explorations with a collection of elegant instrumentals.