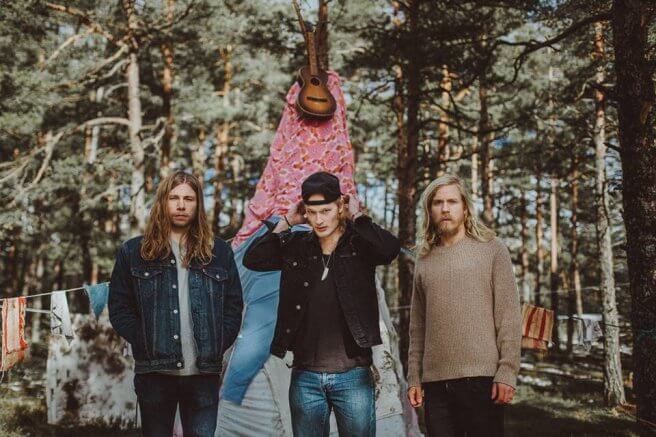 The promo picture shows three long-haired young men in the woods, wearing denim and wool sweaters, posing in front of a vintage small-bodied acoustic guitar on top of what it seems to be an improvised tent or tipi. The image presents an accurate portrait of the weekend-in-the-cabin sound of Lake Jons. It’s laid-back folk-pop done by city boys.

Earlier this year, the trio published its debut Explorer EP and fellow blogger Jukka Tulensytyttäjä raved about the first single I Come Clean. It’s a very strong debut, indeed, and the band sounds like it’s been playing this music for a very long time. Bands are not supposed to sound this good in their first release.

A few days ago, Lake Jons returned with a new song entitled In Time. While this track might not be as magical as that EP, the production is equally outstanding, and the vocals are stronger, very charismatic, somewhere between Bon Iver and Ben Bridwell.

In Time tells about the importance of taking chances and, coincidently, this is the time the band will have to take its chance to become one of the most interesting bands in the country. In the coming months, Lake Jons will record their first full-length. Hopefully, we’ll get to hear this album early in 2017. I’ll be very curious to see if the band will bring more rock guitars, as hinted in In Time, or otherwise, it will take a pop direction as in I Come Clean.