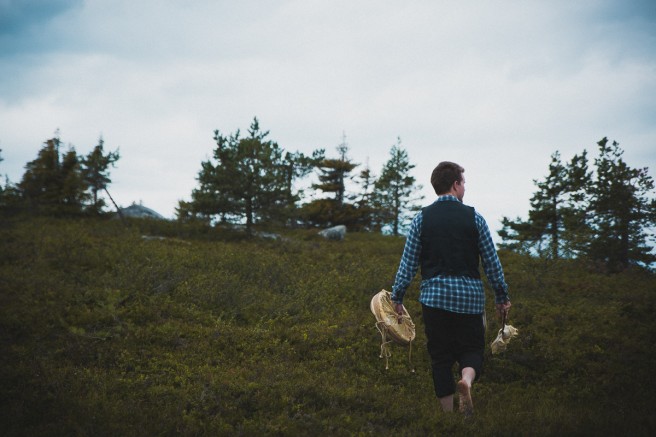 This is the darkest time of the year. A grey and cold month in Finland, when the sun barely raises on the horizon and there is no snow to brighten up the streets. Such time calls for a spooky soundtrack and Lappish artist Kota provides it in the form of obscure folk songs created mixing different elements of electronic music, doom and modern pop.

In early December, Kota is releasing the concept album Valoenkeli, an album rooted deep in the Nordic nature. It was recorded in a wooden cabin by the lake Kitka in Lapland under the midnight sun, and enhanced by the instruments made out of tree stumps, reindeer pelts and bones, all crafted by the artist himself.

Check out below the video for the song Kitka. You guessed it. Directed by Kota in collaboration with the cinematographer Pasi Tiitola, the video was filmed at lake Kitka and its surroundings in the Finnish Lapland.  According to the artist, “The video itself expands the saga of Valoenkeli combining the stories of several songs into one picturesque entity. The timeless nature of Lapland, man’s blind determination, shamanism and parallel realities are merged with humane longing and eventually hope”.