The countdown to Christmas reaches its second week and the official Rosvot Christmas calendar continues to deliver little treats in the form of very special posts. One each day. This morning it is my time to unveil the story of how four Finnish guys found themselves jamming in the California desert.

Earlier in the year, indie rockers Kiki Pau announced that they would travelled all the way to California to play a few gigs. That’s good new. Obviously, this is a big deal for bands that are used to play in bars around the small Helsinki indie scene. The main gig of that tour was at the Desert Daze festival, located in a ranch near the village of Mecca, not far from Palm Springs and the mythical Joshua Tree Park. So yes, it was pretty much, the middle of nowhere in the desert.

Incidentally, at the same time I happened to be doing my own California tour (aka holidays). My plan included a drive through the Mojave desert, but when I heard that Desert Daze was happening and Kiki Pau would be there, it occurred to me it would be cool to do a little detour and assist to Desert Daze. I could also try to figure out how come a small indie band from Finland was playing in such a remote place.

I drove my rental car a couple of hours east of Los Angeles. During the drive, I listened to some of the bands in the festival lineup, which included other psychedelic, weird sounding indie groups, including The Raveonettes, DIIV, Unknown Mortal Orchestra, Allah Las and Deap Vally. Pretty cool ride!

The festival took place at the Sunset Ranch, a little oasis surrounded by the mountains in the horizon. Kiki Pau took the stage early in the day, not exactly prime time, but nevertheless their music, the space-out jams felt right under the afternoon sun. Slowly, the dreamy vibes of the music gathered an audience, dancing to the cosmic sounds played by the Finns. 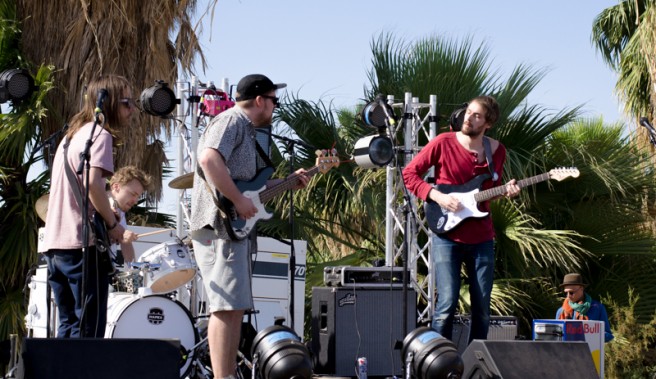 “Playing, looking at the mountains, the desert… it’s been an experience out of this world for us”, told me bass player Aleksi after the show. “Just after finishing our set, Olli, our drummer, said to me did you ever imagine we would play in this scenery, this kind of music when we started the band”.

That start goes eight years back in time, to the summer of 2006 when the band got together. Not much later Kiki Pau got signed to the well-known label Johanna Kustannus and published a debut full-lenght called Let’s Rock (2008), which relied heavily on pop sounds, influenced by American 80s indie. That album had some good songs in it, but perhaps nothing that would make the band stand out from the growing indie scene in Helsinki at that time.

Things took a different direction on the the second album. Musically the band took a step forward, recording more elaborated and diverse songs. The result was White Mountain (2010), an album that maintained a basic pop rock approach, but also included a couple of long instrumental trips. A solid effort by all accounts and the band seem to be in the right track.

But after the label was sold to Universal, Kiki Pau decided to leave. It was time for a fresh start. 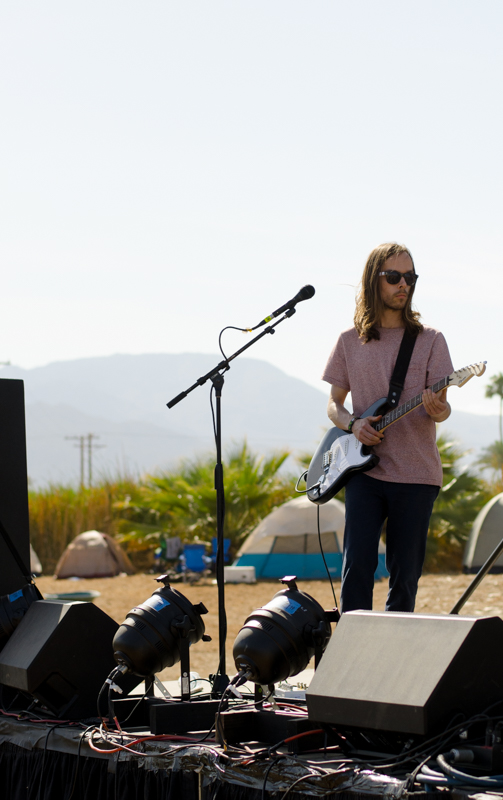 This bring us back to Desert Daze four years later. Instead of giving up, the band persevered in a stubborn, nothing-to-lose, DIY attitude. “We questioned our relation as a band, why we wanted to make music together”, explained Pauli, guitar, at the camp area at Desert Daze. The result of that collective soul searching was the album Pines. In this album, the pop song structures are transformed into space-out jams, creating a particular world of cosmic sounds.

The band put out these songs on the Internet, hoping that someone would be listening. And someone did listen. “We made Pines and started sending the link to blogs and radio programs”, recalled singer/guitarist Henrik. “One day, Mike Newman, of Beyond Beyond is Beyond Records in New York, contacted us and said they wanted to release the album. He had a radio program but was planning to create a label. And so we became the label’s second release”.

Beyond Beyond is Beyond Records released Pines last year and did a beautiful vinyl edition in translucent in green vinyl. This LP might be already sold out, but you may find a some copies here.

With the help of the label and Desert Daze festival coordinator Phil Pirrone, whose band JJUUJJUU has release an EP though BBiB, Kiki Pau put a few dates together and set to travel to California and play. “Nothing has really gone according to plan”, admitted Aleksi, “but everything has been great, everybody has been very helpful”.

At Desert Daze, I left the guys wandering around the festival, seeing other bands, chilling and having, like bands should. They still had some gigs to play before heading back home: “We want to see the ocean and swim there. Maybe see a basketball or a baseball game”. 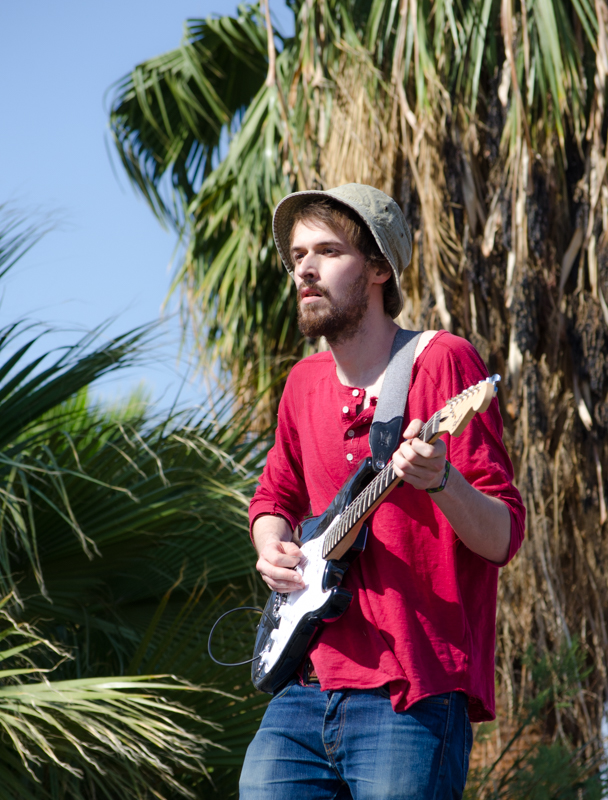