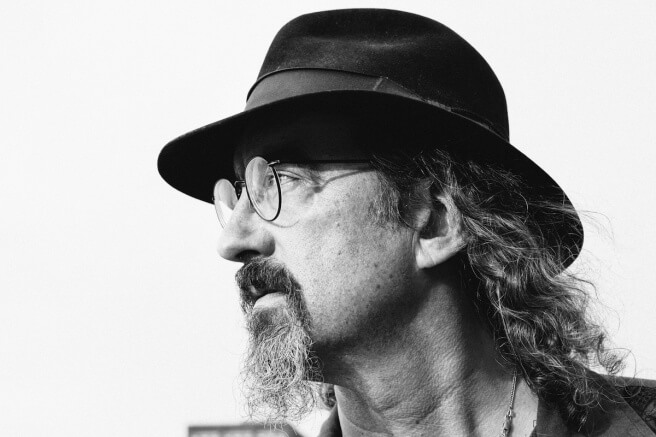 This album escaped my radar in 2015, but it’s been in heavy rotation since I first heard it a couple of weeks ago. Almost one year ago, singer-songwriter James McMurtry published his ninth album, Complicated Game, a collection of tales, characters and landscapes revealed with the most elegant Americana sounds.

I first heard about James McMurtry through a friend of mine. Like McMurtry, my friend is from Texas and asked me to pay attention to the lyrics along the swampy and electric blues rock. McMurtry likes words. It’s a family thing as he’s the son of author Larry McMurtry, who wrote The Last Picture Show.

Oh, but the new one is so depressing, my friend told me. Indeed, it is. There’s plenty of despair in the songs. Lost loves, lost dreams. Many of them deal with relationships -still standing or lost, and relationships can often be disheartening. Listen to She Loves Me. It sounds like the sweetest love song you’ve ever hear as McMurtry sings the song title with the softest voice. But soon we learn that she seeks someone else’s company while her man is away. But still she loves me, he sings. She returns to him because despite everything they love each other. It’s tired love, almost out of habit, but it’s love.

There are many other characters living in McMurtry’s songs. There’s the waitress that writes a fine prose, likes to tango and goes commando most of the time. There’s the soldier wishing to go back to army after loosing everything in a blizzard. There’s Old Carlisle, who needs some money, and Uncle Freddy. There are people and places. From Wewahitchka to Port St. Joe, from the streets of Austin to the South Dakota plains. The twelve songs in Complicated Game are a month-long road trip through the vast American landscape. With astonishing simplicity, the songwriter packs so much in every line that songs become novellas. The opening track, Copper Canteen is a good example, where McMurtry sings: ”and we grew up hard // and our children don’t know what that means // we turned into our parents before we were out of our teens // through a series of // Chevy’s and Fords // the occasional spin round the floor //at The Copper Canteen.”

Musically, the album is mainly acoustic, incorporating banjo, mandolin, accordion, violin that let vocals be upfront. Even though, it sounds very traditional and folky at times, the melodies and certain arrangements are also very contemporary.  Less feistier, more somber, Complicated Game has not much room for the characteristic roadhouse blues found in previous McMurtry album, but still we find some JJ Cale inspired boogie in songs like Forgotten Coast or the upbeat song How’m I Gonna Find You Now?