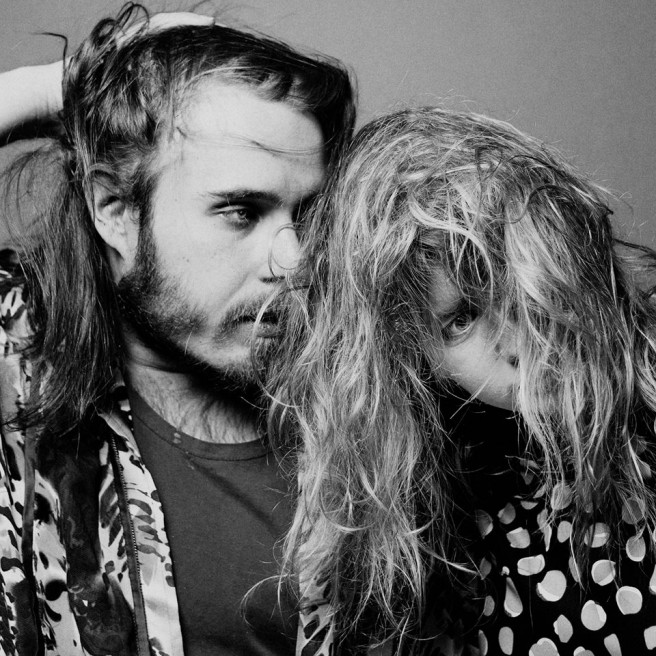 Formed by artists Emil Järnefelt and Mia Ojapalo, indie outfit Faenimal Arm recently released their debut EP which brings together spooky electronic beats and dreamy guitars. Get to know the band with this interview.

For those who do not know about the band, could you introduce yourselves? Tell us who you are and what you do.

We are a band and a couple, Mia and Emil. We met two years ago outside of a bar, fell in love and started to do weird art stuff together. First, we had this spoken word-project that got it’s inspiration from Mia’s poems. Few months later Mia started to make beats, thus we started this whole band thing together.

One can’t really help asking you about the band name, where does it come from?

We started of as Animal Farm, since Mia’s vision was to include lot’s of animal voice samples to our songs. Then we realized that there were too many bands called just that, and so we changed it to Faenimal Arm.

Do they lyrics carry any story?

There is no lyrical theme in this EP. One of our songs, Johnny Boy, kind of tells about lost love, but also those lyrics leave the story quite open.

What inspired you to create this music?

We were creating new stuff throughout the last summer, but in the end things started to fall into place last autumn, when we went to the countryside for a week. We composed most of these songs then. We don’t actually know what we were inspired by when making the songs, but after they were made we were definitely inspired by the atmosphere and vibe they had.

How’s your working relationship as a duo?

Many times we start with Mia making the beats, then Emil usually gets some ideas for the melodies and other stuff. We come back together as we start working with the lyrics and vocals.

You recorded the EP in the middle of the winter, how did it affect your sound?

Emil: I remember it was the time when there was no sun in the sky for a month or so in November, but we didn’t really notice it since we were indoors all the time. I think that the most important thing for us was maybe the idea that we wanted to move forward and release a record.

You worked with artist Nick Tulinen, how was that collaboration?

Mia: Nick Tulinen is a dear friend of ours and we are always surprised by the outcome in a good way. You can maybe get a sense of that from our music video for Industrial Sex, which has been made by only us three. Being filmed or photographed by a close friend is a lot more intimate (and fun!) than having many people around and putting up a role.

Now that the EP is out, what does the rest of the year hold for you?

Well, we are really looking forward to making new music and having a great and relaxing summer. :)