A storm is coming. A storm will hit Helsinki hard. That was the weather forecast for Saturday night: a storm for the ages. Like clockwork, the storm hit at 7pm. After a extraordinarily hot day the heavens opened and lightning stroke over Suvilahti and extreme wind made the crowd ran for cover.

And it all lasted less than 10 minutes. Enough to cancel a few performances and close down the Balloon Stage. However, the chaos and the apocalyptic predictions will have to occur some other time. Hardly any more rain fell and the festival resume its program with normality.

Since the shows of Mikko Joensuu and Timo Lassy were cancelled, I decided to call it a day. Retreat and regroup for Sunday’s pack agenda. 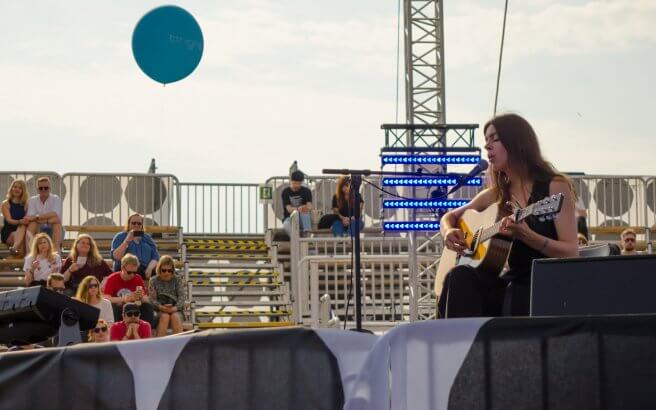 It’s already a tradition to schedule a folk artist to open the Balloon Stage in the afternoon on Saturday. This year, Julie Byrne took such a slot. Just a singer and her voice, with her guitar and a bunch of songs. Byrne is a strong songwriter who whispers about common places and common moments of life using a very soft voice and sublet fingerpicking. Short glimpses of life, nothing like heavy storytellers like Sun Kill Moon or Mount Eerie. At Flow, Byrne’s performance had a charming nearness and tenderness, relaxed and light. A soft landing to the festival. On her music, I only missed a little bit of blues to give some edginess to the music. 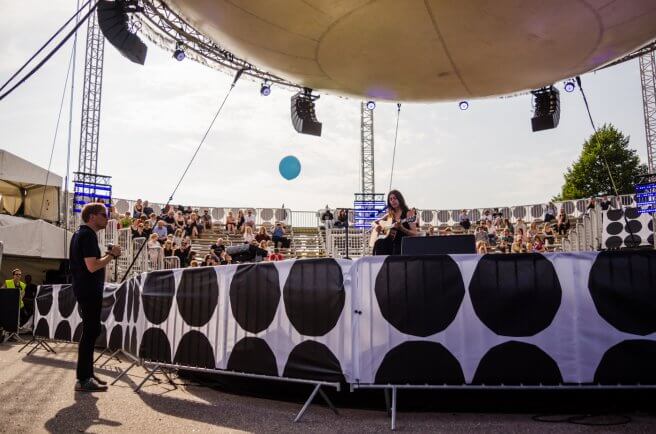 As the store was approaching, the Red tent was hot and humid. Come think of it, that was the right atmosphere for Sparks. The band’s 14-song set was heavy on the most recent material, including four songs from their upcoming new album Hippopotamus, their first in eight years. Contrary to many legacy act, the newer songs were among the highlights of the show. Songs like the the opener What the Hell Is It This Time? and Missionary Position were fun and a good example of the Mael Brothers witty art-pop. The show ended with a couple of glam rock classics (This Town Ain’t Big For Both of Us and Amateur Hour) off their most popular album, Kimono My House. Visually, there was something terribly comforting in Sparks blue stripped sweaters. Plus, Ron Mael’s trademark tap dance, on the day of his 72nd birthday, was a stroke of pure genius.