The first day of Flow Festival 2017 treated festival goers with a beautiful sunny evening. Everybody loves sunshine, sang Roy Ayers. Instead of getting a much needed dose of vitamin D, I spent most of my time inside the pitch-dark Black tent, where the most rock and roll side of the program happened.

The first thing to notice about this year’s festival is the larger festival area, which places a new, bigger Balloon Stage in a whole new area. It’s almost like a festival within the festival. Not a bad thing, though. The whole festival grounds feel less crowded with more space around the main stage.

As every year, there will be voices complaining Flow is way too big and not hip enough, despite how the festival brands itself. I’ve attended Flow every year since 2010 and it’s always been a massive festival with a lot of hype around, but also with excellent, diverse lineups. With a declining live music scene in Finland, I’d rather celebrate an overrated Flow Festival than lament.

But back to the music. A very solid Flow day for me with the opportunity to see five outstanding shows with hardly any breaks. 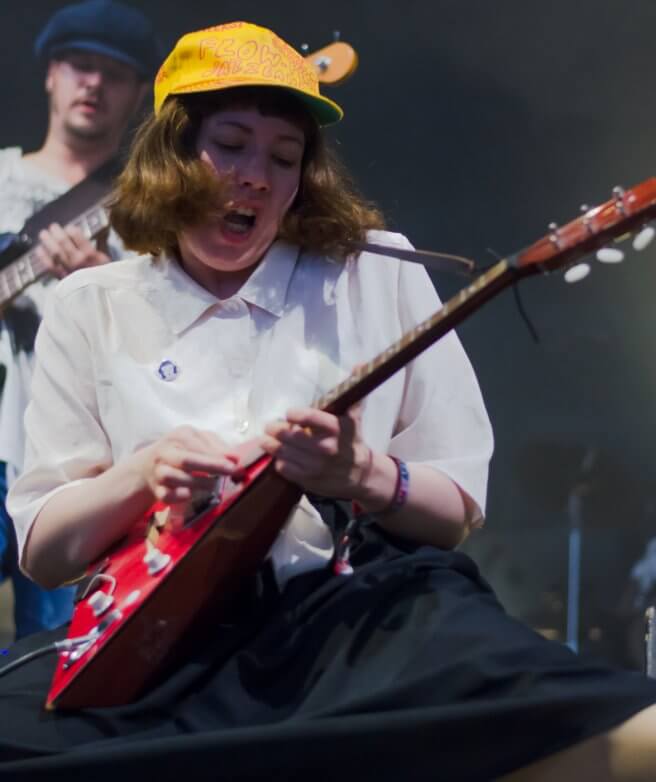 This was the perfect example of a feel good show. Band and audience had a great time. Litku Klemetti is rising as a star with a very peculiar brand of Finnish rock. Blending pop, iskelmä with prog-rock elements and 1970s retro vibes, the show was a lot of fun with moments in which Klemetti shredded her six string like a guitar hero. A very enjoyable oddity for international ears. 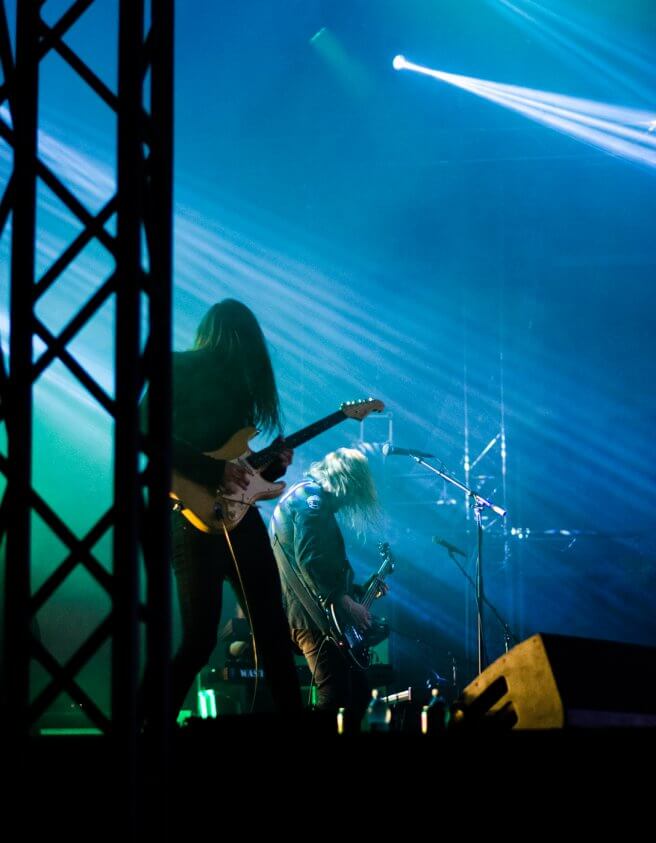 Black metal x Flow Festival is a strange proposition. However, Oranssi Pazuzu are in a whole different level, well beyond the boundaries of the genre and combines metal with psychedelic rock, doom and kraut. Starting with Saturaatio, the show was loud and scary, a kick in the guts, yet a spectacular show. The stroke-provoking bass lines still resonate in my ears. The band transitioned between songs with mesmerizing psychedelic jams that silenced the whole tent. A trip into a violent, uneasy nightmare. 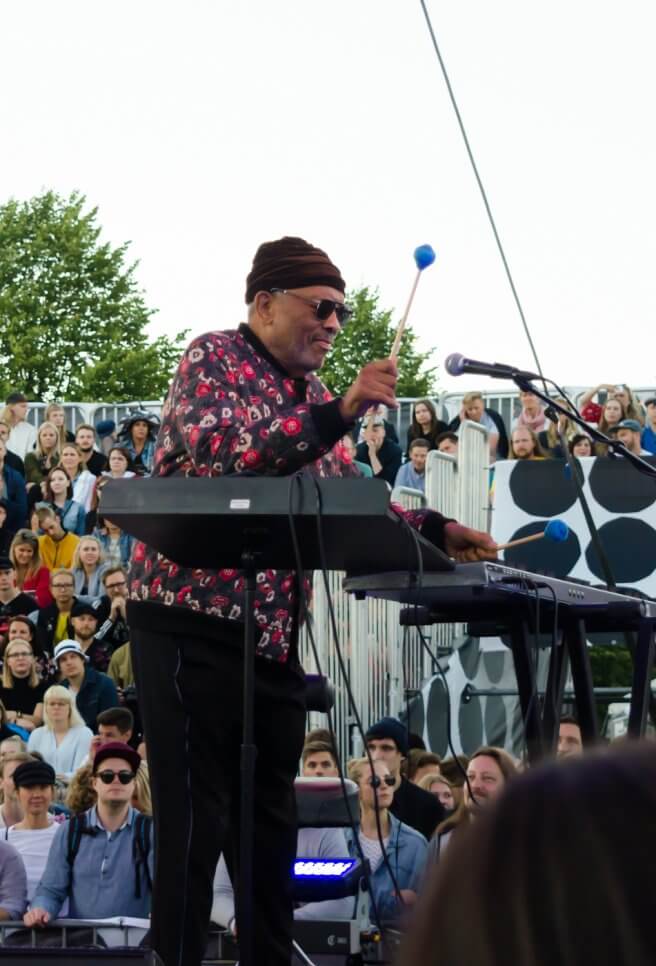 The mood was heavy after Oranssi Pazuzu, so the best choice was to seek lighter, happier sounds. Roy Ayers was the right man to put a smile back in my face. Besides sporting the coolest jacket, the 77 year old had an expression of pure happiness. And he knows how to transmit that happiness to the audience with his timeless groove. The songs were as simple as they can be: vocals > vibraphone solo > keyboard solo > bass and drums > back to vocals to end the song. Enough, though, to get people dancing. 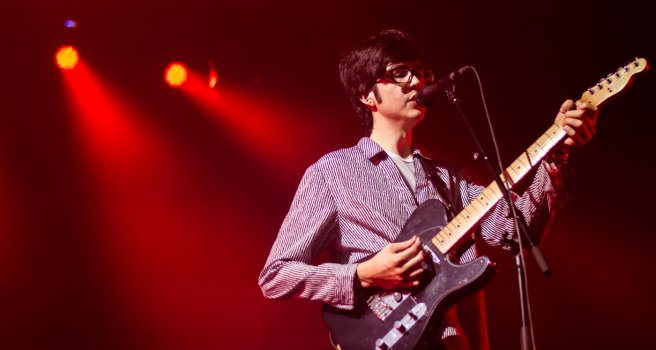 It was the highlight of the night. I was really looking forward to seeing Will Toledo’s band and there was no disappointment here. Much more rocking than I expected: meat and potatoes rock and roll. The setlist, of course, included the best songs of Teens of Denial with a good alternation of rockers and soulful ballads, Even a cover of James Brown’s classic I Don’t Mind blended surprisingly well into the show. The band also played a new song, War is Coming (If You Want it), which will be coming out on Monday, Toledo announced. Car Seat Headrest has a bright future  with a leader who looks like the 21st version of Buddy Holly and a guitar player is former FC Barcelona player Carles Puyol doppelgänger who plays in a Doom video game t-shirt. 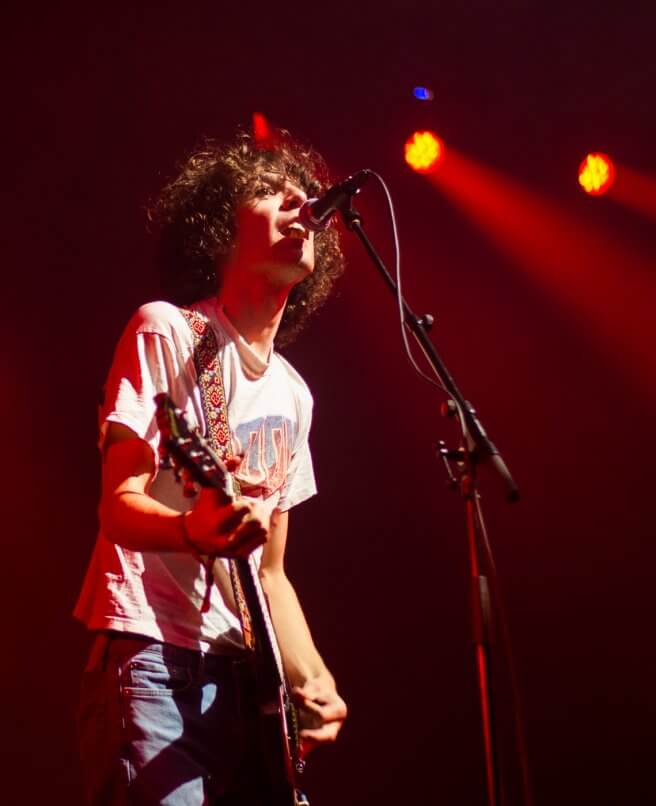 The only disappointment was the small crowd the band attracted. Rock and roll is not selling tickets these days. 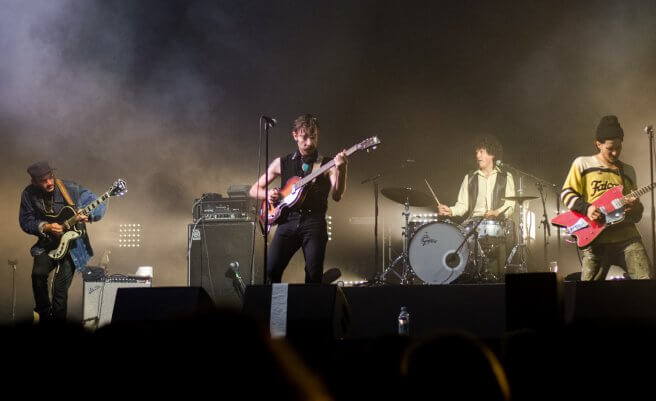 I caught a couple of Lana del Rey songs, which sounded tamed and lamed. Maybe I just happened to see the slow part of the show. The place was packed, though. Back to the Black Tent, as the clock reached midnight, The Black Lips were ready to close the night with another rock and roll show. The band has become a slightly bizarre outfit, with a peculiar sense of fashion and a new drummer who is coming straight from the Fargo Season 2 set. The show was fun and sloppy, just like a garage rock ought to be. In the end, everybody was pogoing like crazy under a rain of toilet paper. 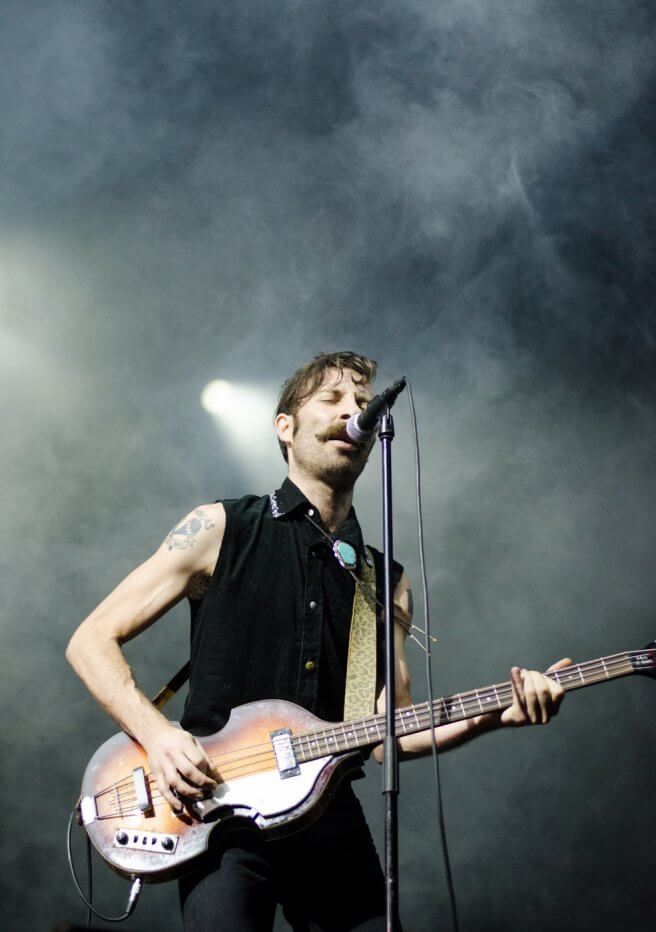 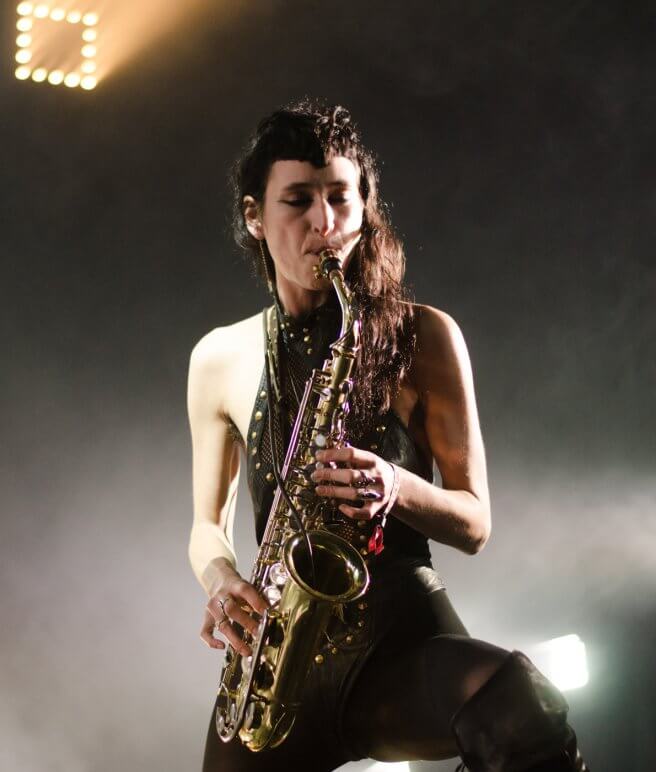