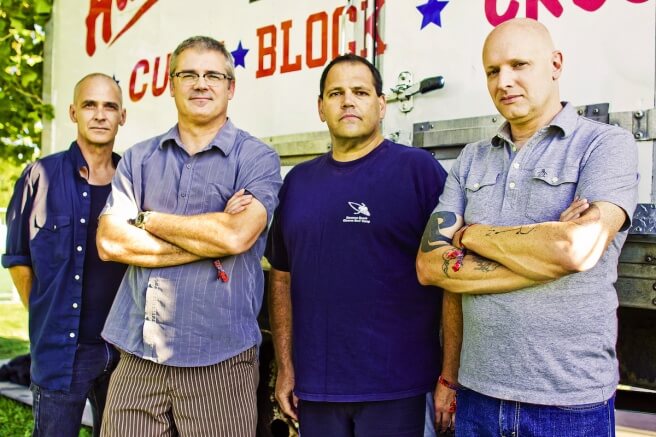 Flow Festival is not a usual place to hear some old school punk-rock, and therefore, this year punk pop pioneers Descendents are a welcome addition.

The Californian band has been functioning intermittently since 1977 when its founding members were barely teenagers. Last year the band reformed one more time after singer Milo Aukerman stopped his career as a research biochemist. This summer Descendents are touring full time again to present Hypercaffium Spazzinate, their seventh studio album and the first since 2004.

The Descendents’ discography might not amount to much more than three hours of music, but a band with classic punk rock albums like Milo Goes to College (1982) or Everything Sucks (1996) carries enough songs to put a killer non-stop show. A bunch of two and a half-minute songs to have a good time as if you were back in high school. Quick guitar riffs, wobbly baselines and Auckerman’s typical tongue-in-cheek lyrics. No violent punk songs here, no safety pin, but poppy and melodic hardcore singing to geekiness, the wonders of coffee or simple silly love songs.

At Flow, Descendents will play on Sunday evening. They will play right before Kamasi Washington and for me, this will create a challenge to get a good spot for Kamasi’s show as I will have to rush from one stage to another. I also need to find a way rewire my brain quick and get ready to go from the three-chord punk rock song to a jazz mood. That’s the fun of nowadays eclectic festivals.