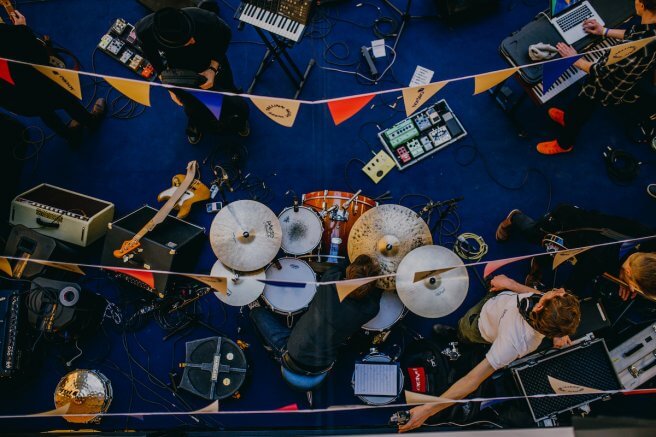 After eight editions, Tallinn Music Week is well-established as the largest new music and urban culture festival in the Nordic and Baltic Countries. Over 200 acts are part of the line-up, with shows all over the city, along a meaningful conference and a showcase of Tallinn’s fabulous restaurants. It’s a long, long weekend to discover new artists and bands of any genre, from all over the world.

Once again, after Estonia, Finland is the second country with a larger representation with 26 artists. This year’s edition includes well-known Finnish artists such as Mikko Joensuu, Astrid Swan, Teksti-TV 666 and electro pop veteran Jori Hulkkanen. Plus, revered booking and management agency Fullsteam will celebrate its 15th anniversary with a very special party at the iconic Kultuurikatel. Already my favourite showcase festival, this will be my fourth time at TMW. I’ve marked in red the following Finnish artists in the programme.

Turbonegro, Gluecifer, The Hellacopters… In the late 90s and early 2000s, a wave of Scandinavian bands played some of the most exciting rock’n’roll and punk rock in years. The Empire Strikes are taking a few pages from this bands’ playbook, loudly bringing high energy rock back to the forefront. The band just released their second album, High Tide.

One of my favorite parties at TMW is the Estonian Funk Embassy Stage at the charismatic Erinevate Tubade Klubi. Hours of funk, soul and disco in a remarkable club. Seven-piece The Blassics will take the stage to get the audience dancing with a bunch of old-school funk instrumentals, spiced up with some afrobeat. Very organic, very greasy  Oh, by the way, there’s no need to bring your dancing shoes as outdoors shoes are not allowed. You’ll be provided with some fancy slippers at the wardrobe in the entrance.

This four-piece not only has a fabulous band name, Demonic Death Judge, but also a solid collection of ear-piercing guitar riffs for some epic stoner/sludge. Released in January, Seaweed is DDJ’s third album.

The Holy have only released one EP, but they already being booked by major festivals, becoming one of the most interesting new bands in Finland right know. The secret is their peculiar approach to songwriting, their “Heartland” sound and, above all, uncompromising live shows. With the help of two drummers and a wall of guitars, their live sound is absolutely mind-blowing.