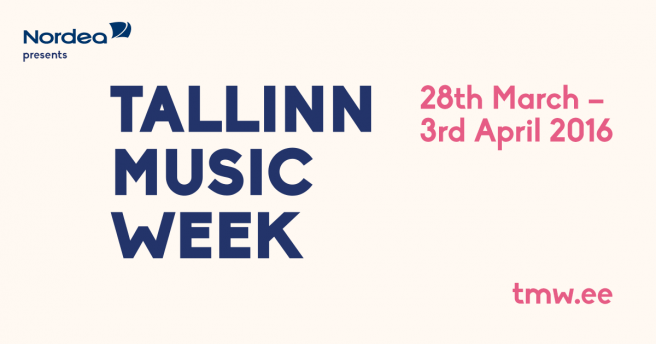 The Tallinn Music Week festival is kind of a spring break for the Finnish music industry. Dozens of artists, record company people, managers, journalist and bloggers travel to Tallinn to take part in the conference, mingle, network, attend the festival and why not, enjoy nightlife at a much more affordable cost than in Finland.

The Finnish representation is large, and so the music programme reflects it. This year, Flow festival has organised a very special night of hip hop and electronic music with artists, including Noah Kin, Jaakko Eino Kalevi and Lil’ Tony. For something more mainstream, some bands with long established careers, like metalheads Mokoma and Stamina will play at the metal music showcase. More interestingly, Tallinn Music Week is an opportunity of discovering upcoming new artists. Whatever you prefer, music will be everywhere.
Here are my picks for Tallinn Music Week.

Hisser
After fronting for over a decade Disco Ensemble, one of the most successful alternative rock bands in Finland, Miikka Koivisto went full electronica with his solo project Hisser. The live shows, which include singer Seidi Guzejevia and producer Lauri Eloranta, are of high intensity thanks to a frantic pace, a stream of intense beats and a mesmerising sound palette.

Hisser will play at Sinilind on 31 March. Earlier on the same day you can see perform at Must Puudel cafe while you enjoy a piece of cake.

Electronic rock trio K-X-P are always a welcomed addition to any festival. Their jedi-like appearance and the unconventional mix of music genres are hard to forget. The band’s explorations of progressive space rock and cinematic ambient techno continue on its third album, III Part 1 & 2.

K-X-P will play at the Tallinn Music Week opening party on 31 March.

Grateful Däd
The moniker might be a little bit misleading, but it’s a fun one. Tampere’s electronic solo artist Grateful Däd makes music using children toys and each song is a unique trip through a world of industrial sounds, noise and quirky atmospheres.

Grateful Däd will play on 2 April at the MIMStuudio Noise showcase.

Merries
I recently wrote about the Merries new single (http://rosvot.fi/glue/merries-travel-to-the-sun), which represents well what you can expect at their show: a good dose of fun, energetic guitar-driven pop. The lyrics of Travel To The Sun are dedicated to a departed friend and that makes the song feel a little bit bittersweet, but adds more depth to the music.

Merries will play on 2 April at Kultuuriklubi Kelm.

Alex Mattson
Barely 20, DJ/producer Alex Mattson is set to become the next EDM superstar after singing to Ultra Music, home of Benny Benassi, Steve Aoki and Paul van Dyk among others. Last year, Mattson performed his deep house sound at the biggest festivals in Finland and just released his first solo single.

Alex Mattson will perform at club Hollywood on 2 April.

Elifantree
Helsinki’s Elifantree have already released three full-length in which they smartly combine improvised music and laid-back pop. Their latest album, Movers and Shakers, presents more danceable sounds, but without forgetting their jazz origins. This should make a very fun and energetic show.

Elifantree will play at the jazz showcase on 1 April.

[ówt krì]
[ówt krì] is the phonetic writing of the word “outcry”, and under this peculiar moniker, multi-instrumentalist Kenneth Kovasin creates ambient soundscapes, experimenting with elements of metal, noise and minimalism. The compositions are dense, often transforming into a hypnotic drone.