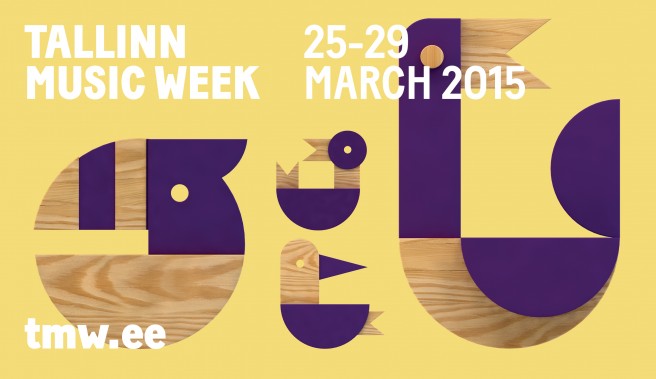 Back in 2002, the city of Tallinn was on the spotlight as it hosted the Eurovision festival. That was a lot of fun, but fortunately, however, since then, the music scene of the city has changed and things have gotten a little bit more interesting. The showcase festival Tallinn Music Week is becoming an unmissable yearly party with musicians from many different countries come to play and present their art. For three days, tens of venues around the Tallinn are filled with good vibes, good music, good times, good food and this year, good craft beer to with the first Tallinn Craft Beer Weekend happening at the same time.

Once again, a few Finnish artists will take the ferry and travel 88 kilometres South to the Baltic city to participate at the festival. This year’s edition includes 12 Finnish artists of different genres and styles, even though this time there seems to be a preference for strong, loud guitars.

Here are my top picks among the Finnish representatives.

Since 2010, Domovoyd have cruised the intergalactic trails of doom and psychedelia, creating dark, droning wall sounds. Their music is a carnival of heavy guitar riffs and space-out music explorations. Listen to their 2013 album Oh Sensibility.

Last year everybody was talking about Teksti-TV 666. Or at least everything that follows Finnish underground music, but nevertheless this is one of the best bands out of Finland at the moment. Their sound is an abrasive combination of kraut and proto-punk, like The Stooges covering Neu!

This is the story of a troubled wandering musician. Born in Finland, Markus Rafael Nylund grew up in Canada and currently is living in Estonia, where he crafts classic singer-songwriter music with modern sonic textures and dark themes like moral decadence and spiritual poverty.

Nylund’s debut album, called Dukkah, was released a few weeks ago and the singer will be all over the festival playing three shows.

The Finnish electronic music scene is enjoying a healthy moment and Tampere artists Lubo-Mir, aka Markku Olavi Jylhä, will be its main representative at Tallinn Music Week. With two albums and a few singles under his belt, Lubo-Mir has developed an hypnotic groove with elements of ambient, downtempo and psychedelia.

Superfjord is one of the weirdest Finnish bands at the moment, but they are also one of the most interesting ones. Their music is rooted in jazz and 1960s psychedelia, but they also take some excursions into krautrock, shoegaze, and even acoustic pop, creating wonderful soundscapes. They even dare to play the standard A Love Supreme, in version that is somewhere in between Grateful Dead, Jimi Hendrix and Bitches Brews-era Miles Davis. Listen to their album It’s Dark But I Have this Jewel. It’s a trip!

This one is for those who love spooky stories. Doom band Mansion creates eerie strong music to reflect the life of the followers of the 1920s Christian apocalyptic “mansionite” cult, also known as Kartanoism after cult leader Alma Kartano. Musically, the band draws inspiration from the 1970s and the darkest sounds of Pentagram and Black Sabbath. Listen to the Uncreation EP below.