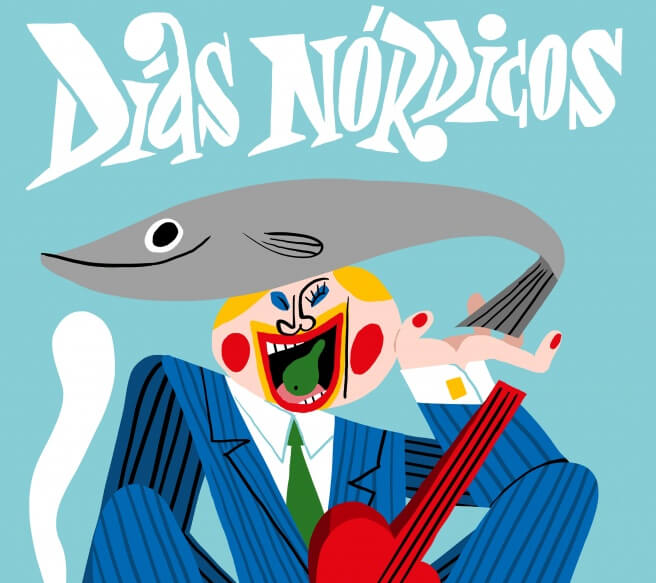 Since 2010, the Días Nórdicos festival is devoted to showcase Nordic culture in Spain and several cities of South America. From design and fashion to literature, the festival covers multiple arts and disciples. Music is at the forefront with an initial concert held in Madrid and Barcelona. Días Nórdicos brings a line-up formed by some of the most interesting indie bands from the Nordic scene. In previous years, Hisser, The New Tigers, Black Twig took the trip to Spain and this time The Hearing will represent Finland at Días Nórdicos. I’ll tag along and see if the Nordic music can cool the current heat wave in Spain.

When not acting as Cute Pink in garage rock band Pintandwefall or being involved in a few other side projects, Ringa Manner plays intense electro-pop under the moniker The Hearing. Ringa’s vocals and harmonies float over some dreamy sound palette that paints poignant and eerie soundcapes. The Hearing’s second album, Adrian, hit the store in spring. Below you can see the hypnotic video for the single Backwards.

Next year, Días Nórdicos will expand and travel to the Nordics to present artists from Spain and South American and establish a unique cultural exchange. Stay tuned.