A few days ago, a Facebook post reminded me this year marks the tenth anniversary of one of my favorite Finnish bands. Delay Trees turns ten! Hooray! Congratulations!

In this ten years, the band has played dozen of gigs across and published three full-length album and a couple of EPs, perfecting their melancholic dream pop with each release. A pretty solid career I must say. But the story does not stop there. A new album, Let Go, is ready and will hit stores very soon. So soon that you can already listen to a couple of advanced songs.

It’s been a long time since a copy of the band’s debut, the magnificent Soft Construction EP, hit my mailbox along a handwritten note presenting the band. A few days later, I had the opportunity to meet the band and interviewed singer Rami Vierula, right before one of Delay Trees first shows, back in 2009.

To celebrate this anniversary I dug into the blog’s archive to bring you that 2009 interview with Delay Trees. I can’t tell if we were much older then and we’re younger than that now, but sure there’s much more beard these days. Read the interview below. 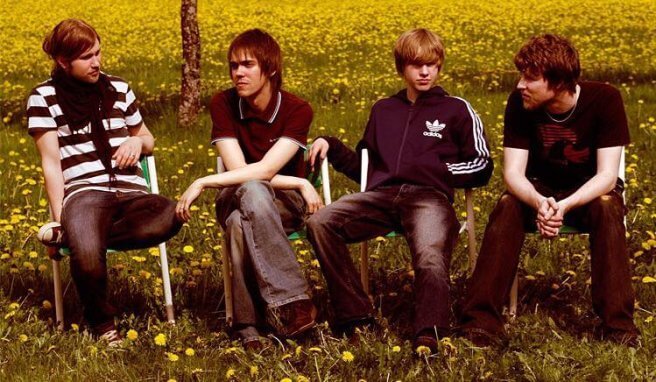 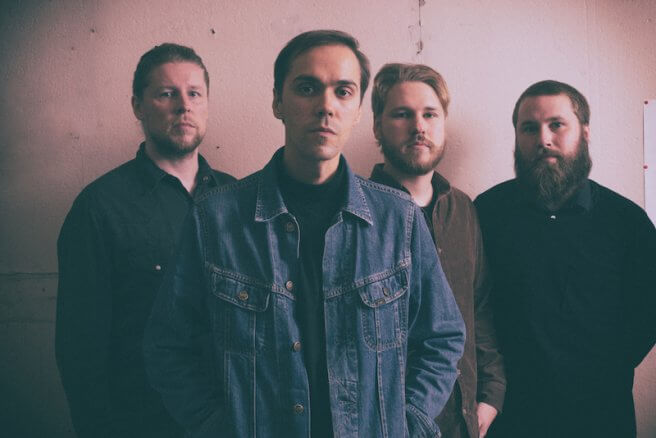 They come in quietly, with modesty and not making noise, but indie pop quartet Delay Trees have just self-released what it could become one of the best debut records to hit the scene this year. The Helsinki/Hämeenlinna band escapes from loud noises to deliver gentle cinematic atmospheres with a subtle touch of sixties psychedelia.

A couple of weeks ago, Delay Trees presented the Soft Construction EP live in Tampere. Just a bit before the late night show, the guys spent some time to introduce the band. Guitarist and singer Rami Vierula acted as the spokesman and took the lead in the conversation.

How did you meet and start playing?

Sami, Lauri and me have a history together. We had another band before. It was sort of brit pop. That band ended, but we three kept on playing together. We tried different drummers and finally Onni came and stayed. He was the perfect fit. In any case, we all knew each other before. We have been friends for a long time.

When you started this project, did you have a clear idea of what type of music you would play?

At the beginning, we had several acoustic folk songs, similar to Love and that type of sixties folk music. Forever Changes was a very big thing for me at the time. When we started to rehearse as a group, we moved to something more electric. But still we liked to keep it mellow. Nowadays it seems that every pop band plays so loud. We don’t need that. We don’t use so much distortion, for instance. We just do what we like. That’s why there’s not much distortion or heavy stuff. We just don’t like it.

What are your main influences?

There are many because everyone in the band seems to have his own favourite. Onni might be more into the indie scene, for example. However, Pink Floyd might be a band we all like. Myself, for a long time I only listened to sixties stuff. I also like David Bowie a lot, but the other guys not so much.

How was the recording of Soft Construction EP?

It was a long process. We rehearse a lot and did some demos, first. Then we found some people to help us with the recording. It was through friends and family. We heard from friends of a friend and names were dropped, so we got in contact with Jarno Alho, Teemu Vilmunen, from Ultramariini, and Julius Mauranen. They helped us recording and mixing. Little by little, everything fell into pieces, but it would be nice if we could find a record label or someone with cash to do some promotion.

Was there a big difference between playing live and recording in the studio?

We were about to have someone to act as a producer, but in the end we thought that the songs were ready. The complete idea of the songs was in our heads. It was our intention to keep the recording fairly simple, so it would not sound like a total different world from our live act. If we ever have the opportunity of recording again, we will probably try to follow the same pattern, just playing live in the studio. It gives a better vibe.

We are sending the CD to any record company we can find, although we don’t have that much believe in record companies. There are only a few in Finland that could do well with a band like us. It would not be very useful for us to sign with a big company like Sony, for example. A company like that would like to produce our songs more and make them smooth and easy listening. Maybe winning the lottery is a better way for us to succeed.

Why did you choose old photos to be the artwork?

Sami is a graphic designer and he mentioned the idea of using that type of photos. My family has some good old vintage photos so we ended up using those. It does not have any hidden messages or anything. They just look nice. Since our music is soft and cinematic, it fits well with these images. They look like movie stills. What is sure is that we won’t be a picture band.

Finally, what about the band’s name, Delay Trees?

We went through the worse band names ever, but here’s not a big story behind the name. When I thought about it I just went to Allmusic.com and check if there would any other band with that name. We did not want to have a name that have been used many times. It needed it to be unique. Delay Trees does not make much sense, but to me it brings a David Lynch type of image. Blurry moving trees or something. It felt good. But actually, if you google it, it is a programming term. We didn’t know about that.