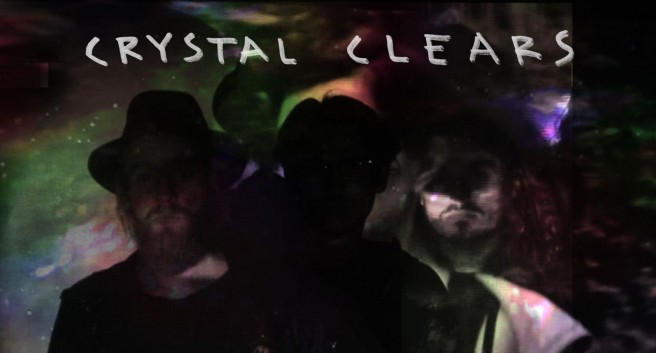 Helsinki’s electro band Crystal Clears is as much for the music as it is for visuals. The band creates intriguing soundscapes for film and visual art to create a mesmerising experience. On their latest collaboration with the artists collective De Kristallklara, band member Henrik Heselius created the film Society for which Crystal Clears made the music. Those songs are compiled on the Society EP, out on 23 April via VILD.

Both music and film create a complete cinemaconcert adventure that you can experience live in Helsinki on 10 and 11 April. The band will perform live to the film in the movie theater Orion. See the event.

Ahead of the single release, which you can see below, I catch up with Henrik Heselius to find out more about this peculiar project.

First, for those who do not know you yet, could you introduce yourself and your music?

The press release says that the EP is about new beginnings, what is the story behind that idea?

We were making a film with our group De Kristallklara, and Crystal Clears made the music for the film. These were the thoughts that went through our minds at the time, and also a lot about what the film is about. It’s pretty much about thinking of changes you can do yourself instead of pointing your finger at others or at a problem.

How did you guys meet and decide to form the band?

Me and Ludvig started to do music together in 2012 as a side project to our band The Wha’s. Then we started talking with Oscar about having the visual art as a part of the band, as important as the music. Not to have ourselves in focus, even live, but the music and the visuals, and have us in the background.

We’ve heard the single already, what can we expect from the rest of the EP?

As in the rest of Crystal Clear songs, there’s both raw energy and slow ritual energy. Hope you like it.

Visuals play an important role in your music, you like combining your music with films, how do you integrate that element when composing and playing?

Jamming, testing and playing more. We want the music and the visuals to meet and support each other.

You also make music for De Kristallklara, how is that experience?

It’s great to have a group with whom you can work and do for example a film with. Society which is a silent movie, is also a concert, since we play the music live in the cinema. Come to the old cinema Orion in Helsinki the 10th or the 11th of April and see for yourself.

If you could create the soundtrack for any movie/filmmaker past or present, what would that be?

Maybe Andrey Zvyagintsev and the film The Return.

Finally, what does the rest of the year hold for Crystal Clears?

We’re gonna be playing a lot, record new songs, and be open to anything interesting!