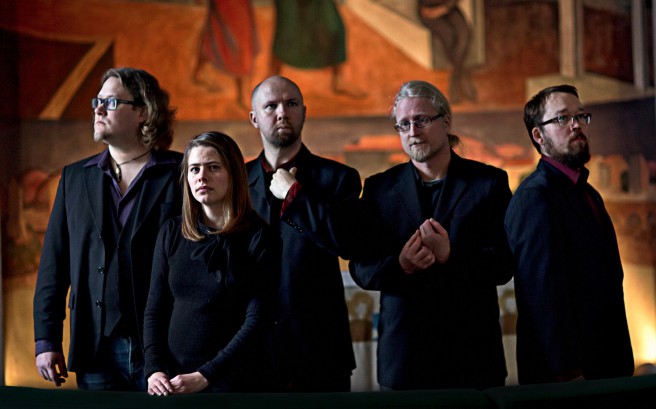 With their first two albums, Captain Cougar proved they know how to craft emotional folkie songs so now they are back with another beautifully crafted folkie song from their upcoming third album Åkerblomrörelsen. However this first track is just a little taste of things to come. This time the band promises some post/prog-rock influences and even ambient soundscapes Brian Eno style. Of what I’ve been able to listen, it is indeed a very interesting, complex album with a very daring sound, in which old and new collide.

Lyrically, the album is also very ambitious as it is history-related concept album that tells the story of Finnish evangelical cult leader and sleep-preacher Maria Åkerblom, who in the 1920s, thanks to her apocalyptical sermons, gained support and blind devotion from her followers. After clashing with the law, she ended up sentenced to 15 years in prison for attempted murder and subornation of perjury.

Captain Cougar’s Åkerblomrörelsen will be out on 3 April.