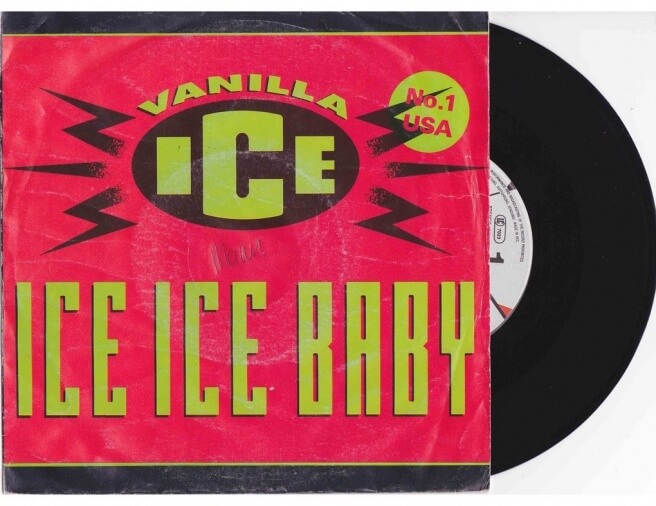 Some songs are bigger than life and once heard, they cannot be unheard. Twenty-five years ago, Robert Matthew Van Winkle, better known as Vanilla Ice, topped the charts with the smash hit Ice Ice Baby, a song that proved that hip hop could go mainstream and paved the way for the Kanye Wests to come. It was rap’s first Billboard number one.

The song draw images like “To the extreme I rock a mic like a vandal, Light up a stage and wax a chump like a candle”, or “Dance, go rush the speaker that booms, I’m killing your brain like a poisonous mushroom”, but it was the familiar bassline what created the earworm. Without permission, Vanilla Ice sampled Queen and David Bowie’s 1981 song Under Pressure, even though he would not admit his sources at the time. The issue was later resolved out of court for an undisclosed sum.

The song was initially released as the B-side to the rapper’s cover of Wild Cherry’s Play That Funky Music, but the legend goes that a radio DJ played the wrong side once and the rest is history.

Vanilla Ice never got another number one, but he dated Madonna and even appeared in the singer’s controversial book Sex, published in 1992.

Twenty-five years later, Vanilla Ice is the star of online casino company Casumo and its campaign to make Finland the funniest country on Earth. Check out the video below and see Vanilla Ice’s tips to start having fun in the darkest days of the year. It is a pretty funny video and includes simple tips like smiling, be friendly or in the worst case scenario, traveling to Florida searching for sun.